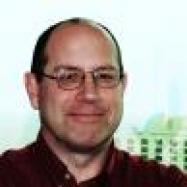 U.S. LV Sales Heading to 17 Million Units
Jul 17, 2015
Cars could be the catalyst that propels sales well above 17 million if automakers turn to incentives or fleet deliveries to stop their decline.

CUV U.S. Sales Hurtling to 5 Million Units in 2015
Jun 15, 2015
Boosted by stubbornly low fuel prices, demand for CUVs is a major reason for near record-low car penetration, which is likely to get worse.

May U.S. Inventory Points to Another Sales Boom in June
Jun 04, 2015
The odds are June will be the second straight month with a 17 million-plus SAAR, which would be the first time that has occurred since 2004.

U.S. Sales Zoom to Near 10-Year High in May
Jun 02, 2015
Higher fuel prices in May did not keep truck penetration from rising above year-ago for the 28th straight month, but large trucks posted their first year-over-year market-share decline since October.

North American Capacity Utilization Hits 100% Again in Q1
May 14, 2015
Additional North American production capacity in 2016 from a new plant at Volkswagen and increases at existing facilities among other automakers will raise available straight-time production to 18.4 million units.

April U.S. Sales Strong Despite Missing Expectations
May 01, 2015
The April market share for CUVs was an any-month high 29.0%, and the 28th consecutive increase over the same year-ago period.
Load More