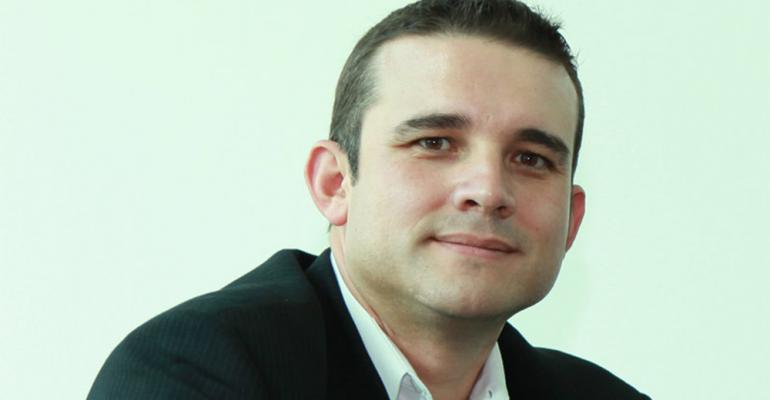 Privately owned groups on the WardsAuto Megadealer 100 outpace the &ldquo;publics&rdquo; when it comes to store acquisitions.

If you’re like me, you use the WardsAuto Megadealer 100 to gauge which dealer groups are in a growth mode and which aren’t.

In facilitating the buying and selling of dealerships, my firm, Axiom Advisors, takes a due-diligence approach that it’s not always what you see on the books that will get you, it’s what you don’t see that can ultimately sneak up on you.

In 2013, we saw fewer dealership transactions than we had anticipated at the beginning of last year. Given the stable 2011 and increased sales in 2012, we thought more buyers would re-enter the market in 2013.

However, because 2013 got off to such a great start, many would-be sellers decided to let it ride an additional year. This theory appears to hold true, given the uptick in offerings we’ve already seen in 2014.

While last year was marked by several single-point transactions, 2013 was a year defined by the consolidation of multi-point dealership groups by mega-privates. There was activity from the publics, but it didn’t seem to keep pace with that of the mega-privates.

Much like publicly held dealership groups, the mega-privates essentially had to sit on the acquisition sideline in recent years due to limits on viable opportunities. Then, 2013 presented a year where many of these groups were ripe with cash and had bankers knocking on their doors with offers to help to fuel their expansion. These circumstances aligned perfectly for many mature groups that had postponed exiting the market since the start of the economic downturn in 2008.

Unlike single-point or small dealer groups, some of last year’s sales were by large, more mature groups that recognized the upside of trying to stretch out an additional year based on increased profitability ultimately could be compromised by a diminished multiple if too many deals hit the market simultaneously.

Going into transactions, mega-privates such as Larry Miller, Van Tuyl or Ken Garff often will hold an edge over public groups. Why? Because their ability to close transactions in a timely, efficient and protective manner makes them more attractive to prospective sellers.

While some of the publics maintain streamlined deal-review and negotiation processes, it’s tough to compete with some of the mega-privates who have a dealer-group president-owner spearheading all negotiations.

Also, when going head-to-head with privates on financial creativity with taxes, financing and extended perks, some publics simply can’t compete.

An additional consideration for some multipoint dealers selling to a public company is their ability to receive manufacturer approval on all franchises. Some publics have framework agreements with certain manufacturers that limit the number of franchises they can own or hinder approval due to substandard customer-satisfaction indexes or facilities. More often than not, a selling dealer group will avoid splitting up the enterprise going into the transaction.

Some dealers will approach the sale with a singular focus on achieving the highest selling number.

But others also are concerned with the legacy of their stores and the livelihood of their employees. Whether justified or not, selling to publics can raise concerns regarding the corporatization of dealerships and potential elimination of jobs. Helping some of these privately owned mega-dealers is the flexibility of their business model as they enter smaller, non-metro and rural markets outside the Sunbelt states.

A significant number of buy-sell store transactions are likely in 2014 compared with last year, with most of the volume coming from single-point styled transactions. But make no mistake, the publics and mega-privates will continue to consolidate markets.

There will be consolidation this year but not the kind the market is accustomed to. I expect two big events to impact the top dealers list for 2015:

While not every group will voluntarily disclose revenue and performance information to be considered for the 2014 WardsAuto Megadealer 100 list, there are some interesting things to note about what’s on the latest list.

At first glance, no big surprises. As always, AutoNation occupies the top spot. The ranking of dealership groups by size over the past 10 years resembles the American League standings in the 1950s, with the Yankees always in first place, while the teams interchanged runner-up positions from season to season.

For the last decade, the top 10 essentially has been dominated by publicly owned companies, along with privately owned Van Tuyl and Hendrick. While there will be interchanging rankings from No.3-No.9 almost every year, you don’t really start to see significant changes to the list until you look below the top 10.

But there are some interesting developments from the top 6 players compared to last year.

AutoNation added seven stores and increased its revenues. With 228 stores, it has an average annual per-store revenue of $76.8 million; representing an increase of $5.9 million from the prior year. Comparing this year’s growth to that of No.2 Penske presents an interesting contrast.

Penske added 54 stores and increased revenues $1.5 billion from last year. Not all 54 stores are in the U.S. Penske says its 194 total store count includes outlets in U.K., Germany and Italy.

Returning to the baseball metaphor, is the World Series really worldwide? If so, some large dealer groups outside the U.S. could shake up the top 100. On the other hand, the WardsAuto Megadealer 100 entry form asks for dealership numbers, not locations of stores.

Carmax, specializing in used-car sales, can open a store on any corner with its completely different business model and challenge everyone on the list. Of course, Carmax has its own challenges, as some megadealers such as Sonic and Asbury ambitiously develop exclusive pre-owned vehicle operations.

Like Penske, Group 1 showed a big increase in store acquisitions (27), but the revenues did not seem to be commensurate with the acquisitions. It’s possible some of these acquisitions are outside of the U.S. market. Group 1 also has stores in the U.K. and Brazil.

Group 1’s average annual revenue per store went down $1.5 million. However, likely due to these acquisitions, it was able to take the No.4 spot from Sonic.

Sonic is the only public and the only group of the top 19 to reduce its dealership count.

On the surface it would appear Sonic is slipping, but that’s misleading. While Sonic’s dealer count went down, its revenues still went up, and it raised average annual revenues per store to $86.6 million, up from last year by $9.6 million per store.

If Carmax is excluded, Sonic leads all publics with per-store revenues and only trails Van Tuyl in the top 10.

No.6 on the list, Van Tuyl is higher than some publicly owned megadealers. It is the benchmark of private-group growth aspirations.

Van Tuyl added only four stores in 2013, but gained nearly $1.1 billion in revenues. The average annual revenue per store is $104.8 million, up $9.1 million from the previous year. Van Tuyl could be a prime candidate to go public.

Simply looking at total annual revenues does not necessarily distinguish who actually may be on the move. For public companies, revenue declines can hurt stock prices, so acquisitions are vital for survival, as organic growth becomes increasingly challenging for big dealer groups.

So the central question in evaluating public companies on acquisition sprees is how much their revenues would have increased if they had not acquired more stores? Would they have gone down otherwise?

Megadealers occupying the No.15-No.19 slots (Koons, Bommarito, Fletcher, Keyes and Braman) added no stores in 2013, yet showed increases in revenues exceeding 10% on average. This represents the same percentage of increase in revenues that AutoNation and Penske had, which were aided by acquisitions. The comparison raises questions regarding the quality of the existing operations in relation to revenues per store.

As long as a dealer is not heavily in the fleet business, more revenues usually equals more profitability. A look at the average revenues per store of the top 20 dealers shows the per-store revenues of the privates are about 30% higher on nearly half the number of stores.

The take away here is that there is always talk of public companies spurring industry consolidation, but they never really approach the level of posing a significant threat to others in the industry.

For some megagroups, their ascent will be the result of growing existing operations. For others, it will be fueled by acquisitions.

Back in the day, when publicly owned dealerships were relatively new operations and faced a lot of skeptics and scorn, the joke was that if one of them operated a good store, it was due to acquiring a great store.

A megadealer may be cataloged by its total revenues, but it’s the quality of those revenues that sets dealer groups apart.

Phil Villegas is a principal at Axiom Advisors, a boutique automotive dealership consulting firm specializing in mergers & acquisitions, enterprise management and litigation support. He can be reached at [email protected] or 786-472-2800.