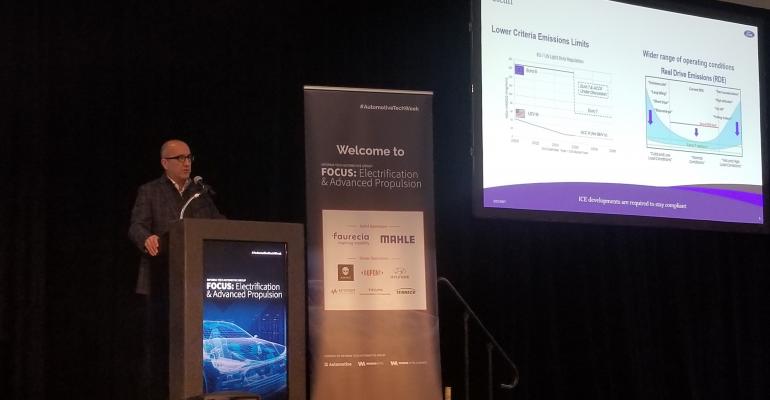 “We have to cover the entire transportation system,” Frank Abkenar says of Ford’s multi-pronged R&D.

NOVI, MI – In a way, Tesla, Rivian, Lucid and other electric vehicle makers of the world have it easy. They singularly focus on one automotive propulsion system.

In contrast, mass-market automakers are performing a technological juggling act with their R&D that includes, of course, EVs but also vehicles with conventional internal-combustion engines (the bread-and-butter of current sales) and diesel engines for certain pickup trucks. Some automakers also are involved in hydrogen fuel-cell systems.

It’s a tall order, financially and otherwise. But it can and must be done, says Frank Abkenar, Ford’s director-Global ICE Propulsion and Thermal Systems.

Part of the pursuit of alternative propulsion systems is to meet government carbon-neutral mandates, he says. Another part is to respond to customer expectations.

“Today, the sustainability phase is driven by consumers concerned about air quality and the environment,” he says. “There’s a way to get there.”

Abkenar was a keynote speaker Monday at the Focus: Electrification & Advanced Propulsion session kicking off Automotive Tech Week being held here at the Suburban Collection Showplace, and online.

The week-long conference series is being staged by Informa Tech Automotive Group, which owns Wards Intelligence, WardsAuto and TU-Automotive.

“We have to cover the entire transportation system,” Abkenar says of Ford’s multi-pronged R&D.

Although EVs get much attention as more and more enter the market, “ICE vehicles are still prominent for the foreseeable future,” he says.

That said, “we can’t wait 15 years” to start work on alternative systems, adds Abkenar (pictured below, left). “We have to take steps now. Customers demand it, expect it.” 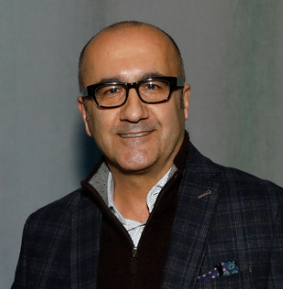 As do government regulations that are becoming more stringent around the world, particularly in China and Europe.

Working on new propulsion systems – and improving conventional engines – not only is the right business decision for a major automaker such as Ford, it’s also “a moral obligation,” he says.

“A lot of technology is required to deliver what consumers want and to meet government regulations,” Abkenar says. “We need to do it with quality and cost efficiencies.”

Abkenar sees a future for urea-based selective catalytic reduction systems (used in recent years to reduce diesel emissions) for use in gasoline engines as well. He says Ford also is interested in Toyota’s development of hydrogen-fueled internal-combustion engines.

Much of the advanced ICE work involves improving technologies that already are on the market, he tells WardsAuto following his presentation.

Asked if it makes sense to invest a lot of money in ICE if its days are numbered as the EV age gains momentum, Abkenar tells WardsAuto, “There’s still quite a bit of time left. And if you are not competitive at all levels, you can’t sell.”

In his previous position, he was responsible for Ford’s design and development of gasoline and diesel engines globally.

As automakers and suppliers pivot to advanced alternative propulsion technologies, “we are going through the messy middle,” he says during a panel discussion after his speech.

“We need to establish better and longer relations with the supply base,” he says. That means aligning with “the right suppliers, and use the scale to develop new technologies.”

Automakers need to develop new-age strategies “and then pair up with suppliers with the same strategies.”