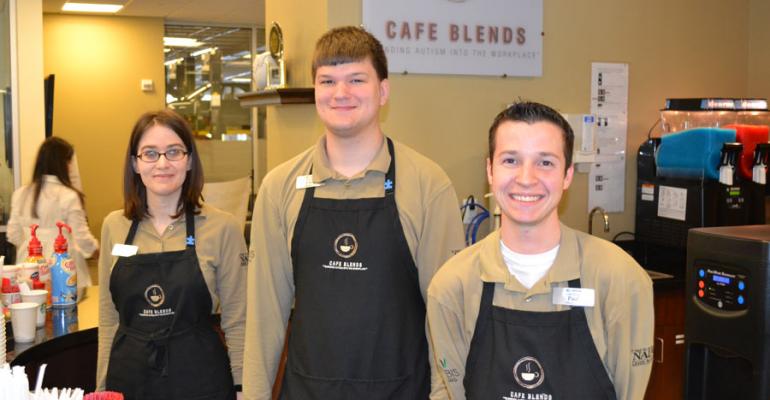 Asbury Automotive calls its program,&ldquo;Cafe Blends: Blending Autism into the Workplace,&rdquo; an amazing success that touches many people.&nbsp;

Cappuccino bars have become standard fixtures at luxury-car dealerships, but there’s something special about the coffee cafes at three Asbury Automotive Group stores.

Young adults with milder forms of autism staff those stands. The community- outreach program touches many people, from customers to dealership employees to the young workers and their parents.

“It’s one of the things I’m most proud of,” Asbury CEO Craig Monaghan tells WardsAuto.

“For most of these young adults, it’s the first time they’ve ever had a job,” he says. “Their parents couldn’t be prouder. Everyone in the stores embraces it. It makes you feel you are part of something important.”

Asbury plans to expand the project to other stores. The Duluth, GA-based dealership group owns 79 dealerships.

The program started at Mercedes-Benz of Tampa in January 2011. It stems from a conversation between a former dealership general manager and a potential coffee supplier who also was involved with a local non-profit group for people with autism, a developmental disorder characterized in various degrees by impaired social interaction and communication.

“These young people were trained as baristas to staff our cafe, and it became a huge success almost immediately,” says Melissa Corey, Asbury’s communications director.

The dealership program has since expanded to two metro Atlanta stores: Nalley Lexus-Roswell and Nalley Lexus-Galleria, where it is called “Cafe Blends: Blending Autism into the Workplace.”

Those two cafes are in partnership with Nobis Works, a local nonprofit that provides job training and employment for people with disabilities.

“The response from the employees and customers regarding our new baristas has been overwhelming,” say Chris Dastou, general manager at Nalley Lexus-Roswell. “We thought we were helping to change their lives, but really, they have changed ours.”

The program involves not only training the participants, ages 18 to 28, as baristas, but also educating dealership employees about autism and how to help integrate the cafe workers into store operations.

“There are many hurdles adults with autism face when seeking gainful employment, especially in today’s economic climate,” says Connie Kirk, who heads the Nobis Center. “Asbury’s partnership sets an example to other businesses in the community.”

Corey helped launch the projects at the Atlanta dealerships and stayed around for a while to make sure things ran smoothly. It gave her a chance to see how the young baristas progressed as they became more comfortable and open toward people.

“They showed parts of their personalities they hadn’t shown before, even to their parents,” she says. “They are forced to be in an environment where they have to interact with customers and staff, which can be challenging for someone with autism.

“But we’ve seen them get better at it,” Corey says. “Some parents say their kids, who had barely communicated, now come home and talk about their jobs.

“One individual started out very quiet, making no eye contact. Soon he was much more at ease and enjoying his work. One day, he was singing behind the counter. His dad was in tears talking about the change in his son.”