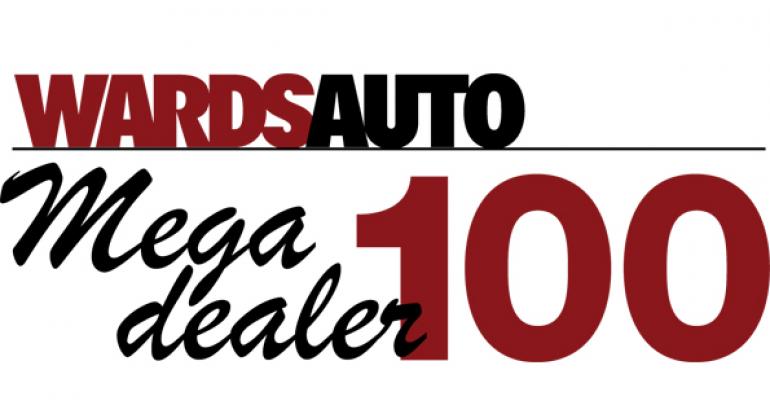 The players on the WardsAuto Megadealer 100 are all-stars, but they don&rsquo;t fill the entire lineup.

Megadealers are a marketplace presence. They sell millions of cars and make billions of dollars. But they are the first to concede they aren’t taking over the dealership world.

When publicly owned dealership consolidators hit the scene in the 1990s, some industry observers predicted they would fail. They haven’t. Some auto makers thought megadealer chains would become overbearing and start dictating terms. They didn’t. Some thought the big groups would doom smaller dealers. That hasn’t happened.

Megadealers show their strength in economies of scale and operational disciplines. Their numbers are impressive, but not overwhelming. Their role is important, but limited.

Most publicly owned stores are in major cities, says Earl Hesterberg, CEO of Group 1 Automotive, No.5 on the WardsAuto list. Publicly owned groups hold seven of the top 10 spots.

“Just the cost of doing business in urban areas fuels consolidation,” he says at a recent conference put on by J.D. Power & Associates and the National Automobile Dealers Assn., which initially was no fan of publicly owned dealer groups.

“Outside of that urban geography, it will be a long time before other dealers disappear,” Hesterberg says.

AutoNation CEO Michael Jackson agrees. Small-town dealers rule outside of the big cities, he says. “You come to the urban markets, and it is all about scale and throughput.”

Even the biggest dealership groups limit themselves as to where they do business.

As part of a new branding effort, AutoNation touts itself as “Coast to Coast” in ad spots. It is coast to coast in that it has stores in Florida and California. But AutoNation has no stores in the North and other chunks of the country.

Big and small dealers play to their respective strengths, says Wes Luz, owner of a single-point outlet, Extreme Dodge in Jackson, MI. He tells Hesterberg at the conference, “You’ve got scales of economy, and I’m nimble.”