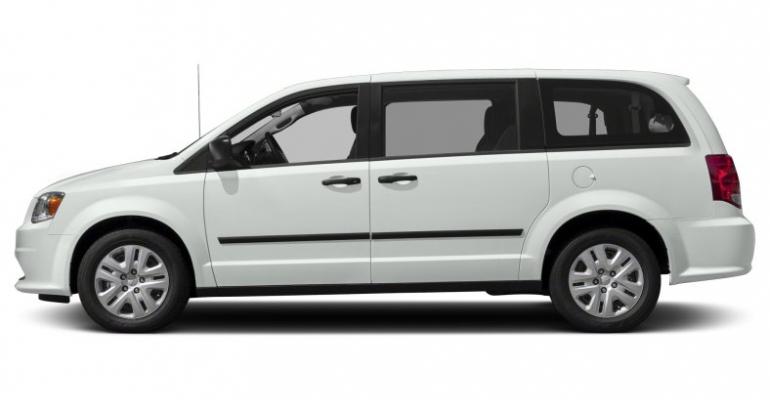 NEW YORK – The Dodge Grand Caravan is still around to get the 35th Anniversary special edition treatment for 2019, with extra features, badges and special trim, but there are signs it may not be around much longer.

Mary Ann Capo, senior manager-product management, Chrysler/Dodge people movers, won’t say whether there will even be a ’20 model-year Grand Caravan.

“We haven’t made any announcements about 2020,” she says in an interview at the New York auto show. “I can’t comment on future product.”

However, Capo confirms the Grand Caravan’s Chrysler Pacifica sibling does get the 35th Anniversary package.

The Grand Caravan nameplate is a big deal, historically. Its great-granddaddy, the first-generation Chrysler minivan, was derived from the Chrysler K-car platform. The front-drive K-car platform and its many spinoffs are credited with saving then-Chrysler Corp. from going bankrupt in the early 1980s.

Thirty-five years later, the current Grand Caravan is on the fifth generation of what the auto industry now calls architecture.

But the Chrysler Pacifica is based on sixth-generation architecture, introduced in 2017. For now, FCA continues to build both at the same assembly plant in Windsor, ON, Canada.

Presumably, the Grand Caravan is inexpensive enough to build, and sells well enough, to offset whatever complexity and cost is required to continue to build two different architectures at the same time. However, FCA said last month it would drop one of three shifts at the Windsor plant in September.

FCA proudly points out it has a dominant share of the minivan market. The bad news is, the minivan category peaked back in 2000, at more than 1.2 million units, according to Wards Intelligence data.

Capo says minivans continue to attract families with children: “Typically there’s a trigger point and yes, it’s when families have that second, or third, child.”

Dealers are expected to start taking customer orders for 35th Anniversary editions starting in  May, she says, with sales starting this summer.