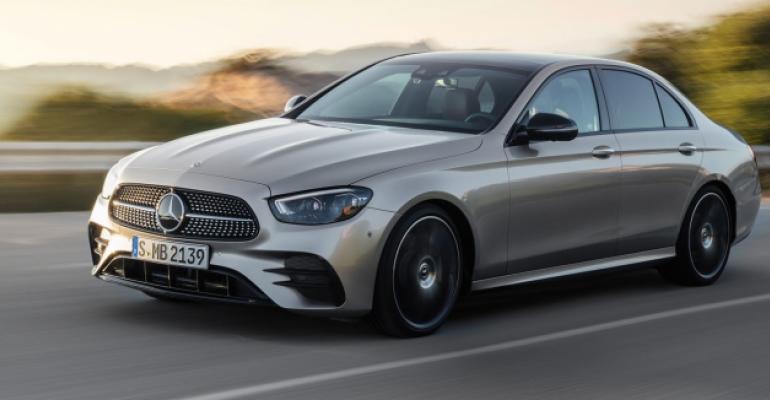 Styling changes for the ’20 model include a reshaped grille, re-profiled bumpers, new LED headlamps and more distinctive taillamps that extend further into the trunk lid to accentuate the E-Class’s width.

Mercedes-Benz reveals a facelifted version of the E-Class, which receives revised exterior styling, a new range of electrified engines and a raft of interior upgrades in a bid to raise its competitiveness in a market segment that includes rivals such as the Audi A6, BMW 5-Series and Lexus GS.

Launched in 2016, the current fifth-generation E-Class adopts a more cohesive-looking exterior as part of its midlife facelift. Included in the styling changes for the ’20 model, revealed in a digitally streamed presentation following the cancellation of this year’s Geneva auto show, are a reshaped grille, re-profiled bumpers, new LED headlamps and more distinctive taillamps that extend further into the trunk lid to accentuate the E-Class’s width.

As before, buyers can choose between differing styling treatments, including an AMG Performance line that adds styling accents similar to those found on dedicated AMG models, such as the new E53 4Matic+.

While the exterior changes are relatively minor, Mercedes-Benz brings some big changes to the electronic architecture of the facelifted E-Class. This allows it to offer a number of new driver-assistance systems, such as active speed limit assist, which adjusts the cruise control automatically according to traffic signs, bends and junctions, while traffic data sourced online will slow the car in anticipation of jams ahead, even before the driver or car’s radar can detect them. 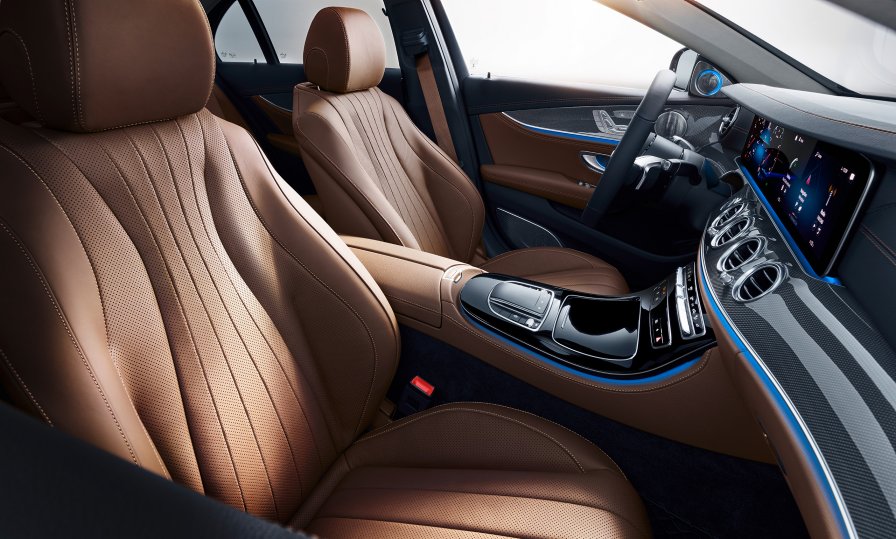 The advanced electronics also enable Mercedes-Benz to provide the E-Class with its latest MBUX infotainment technology. The new model comes standard with two 10.25-in. (26-cm) digital displays, with 12.3-in. (31-cm) displays optional. Also included is a wider range of options, including new massage functions for the front seats.

A striking new touch is the facelifted E-Class’s multifunction steering wheel. Sporting a distinctive six-spoke design, it is claimed to feature more responsive touch-sensitive controls than on the previous steering wheels. It also is capacitive, meaning instead of providing steering input, you now only must grip the wheel to satisfy the E-Class’s semi-autonomous driving functions that you are paying attention.

Electrification plays a big role in the new E-Class’s revised engine range. Full details are yet to be revealed, though Mercedes-Benz says both mild- and plug-in gasoline-electric hybrid drivetrains feature across the lineup, ranging in power from 154 hp to 362 hp.

In addition to the standard engines, Mercedes-Benz reveals the first AMG version of the facelifted E-Class, the all-wheel-drive E53 4Matic+, which features a turbocharged 3.0L gasoline 6-cyl. together with an integrated starter motor within the gearbox to provide it with mild-hybrid properties, including electric boosting. It delivers the same 429 hp and 383 lb.-ft. (519 Nm) of torque as the outgoing E53 4Matic.

The E53 4Matic+’s styling changes go beyond those of standard E-Class models, with a new “Panamerica” grille similar to that adopted by the AMG GT 4-door up front and a new diffuser element housing four tailpipes at the rear.

The AMG model’s updated infotainment functions include an AMG-specific lap timer. The flat-bottomed steering wheel is similar in design to the rest of the range, but houses a pair of AMG buttons to adjust driving modes.