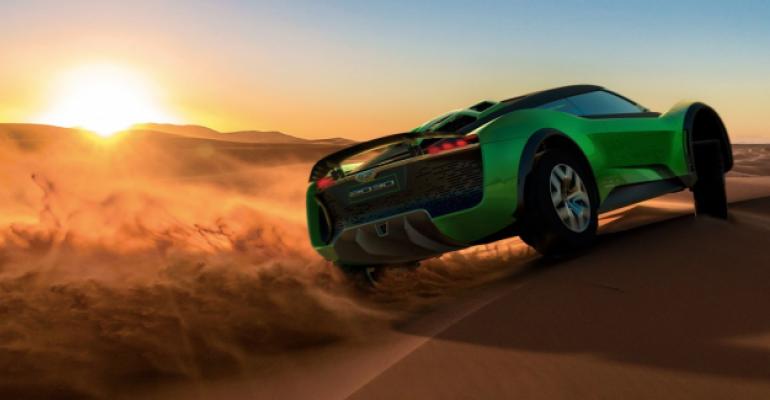 Father-and-son automotive designers Giorgetto and Fabrizio Giugiaro, undeterred by the cancellation of the Geneva auto show because of the COVID-19 epidemic, present three concept cars via a live streaming broadcast from their headquarters near Turin, Italy.

After the show was called off late last week, the Giugiaros were among the first exhibitors to announce they and their 4-year-old start-up, GFG Style, would provide a broadcast Tuesday in place of a news conference in Geneva.

Two of their concept cars, the battery-electric Desert Raid and the open-top Bandini Dora, made their world premieres Tuesday. A third, the Vision 2030 BEV, debuted in December at Saudi Arabia’s first international auto show in Riyadh.

The Vision 2030 (below) is a 2-seat, all-wheel-drive hypercar engineered not only for Saudi Arabia’s new, wide roads but also for desert driving on dunes and rough terrain. It features an electronically controlled suspension that raises ground clearance from 7.1 ins. (180 mm) at road level to 8.7 ins. (220 mm) for off-roading. 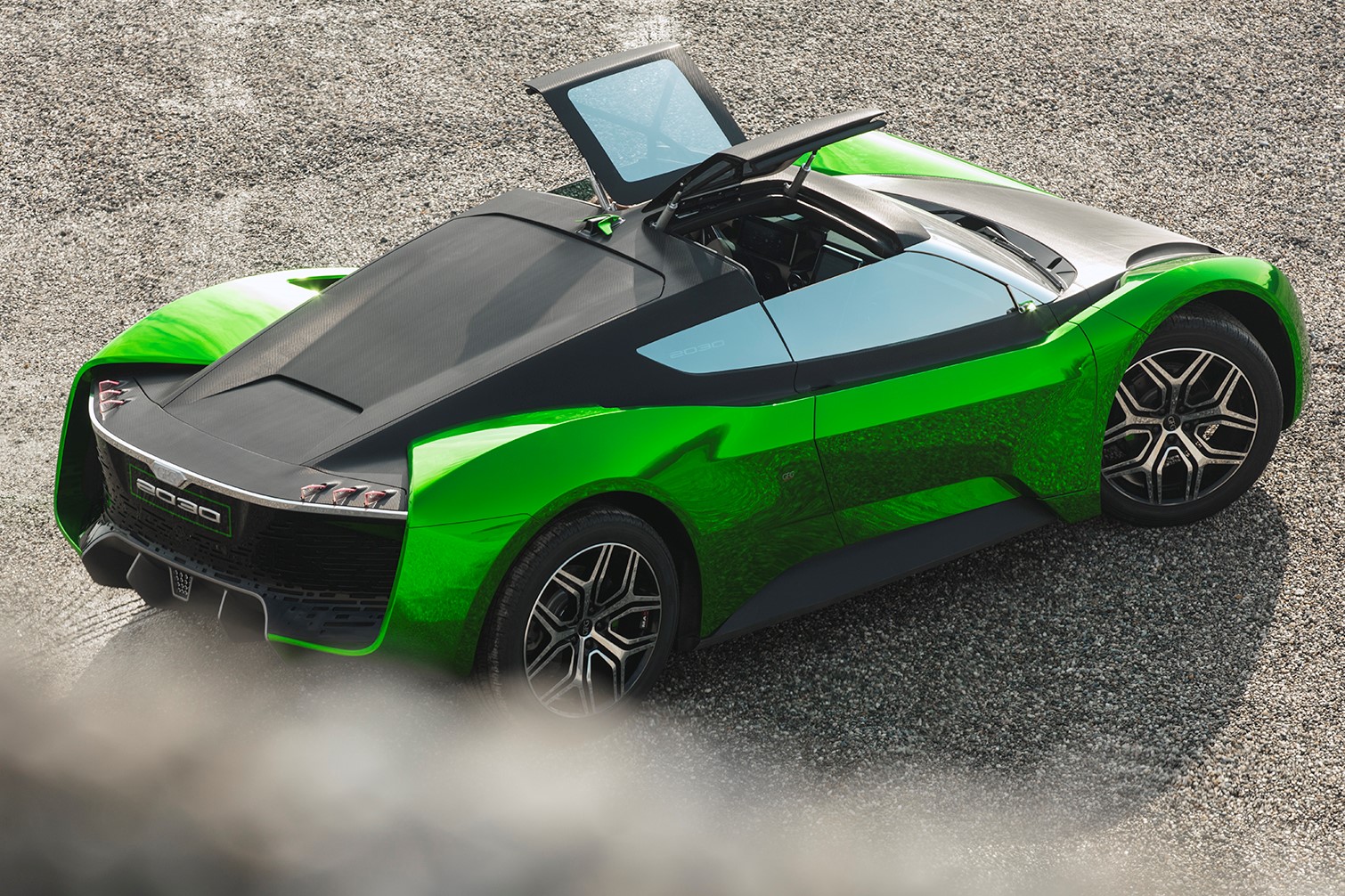 The car’s bodywork is carbon fiber and the chassis is an anodized aluminum spaceframe.

The Desert Raid (below) is a modified Vision 2030 engineered to operate primarily off-road. The propulsion-system specifications of the two EVs are identical.

The only difference in the cars’ exteriors is the Desert Raid’s trunk that holds a visible spare wheel, and its smaller tires designed for use on sand. The Desert Raid’s ground clearance is set at 9.5 ins. (240 mm). 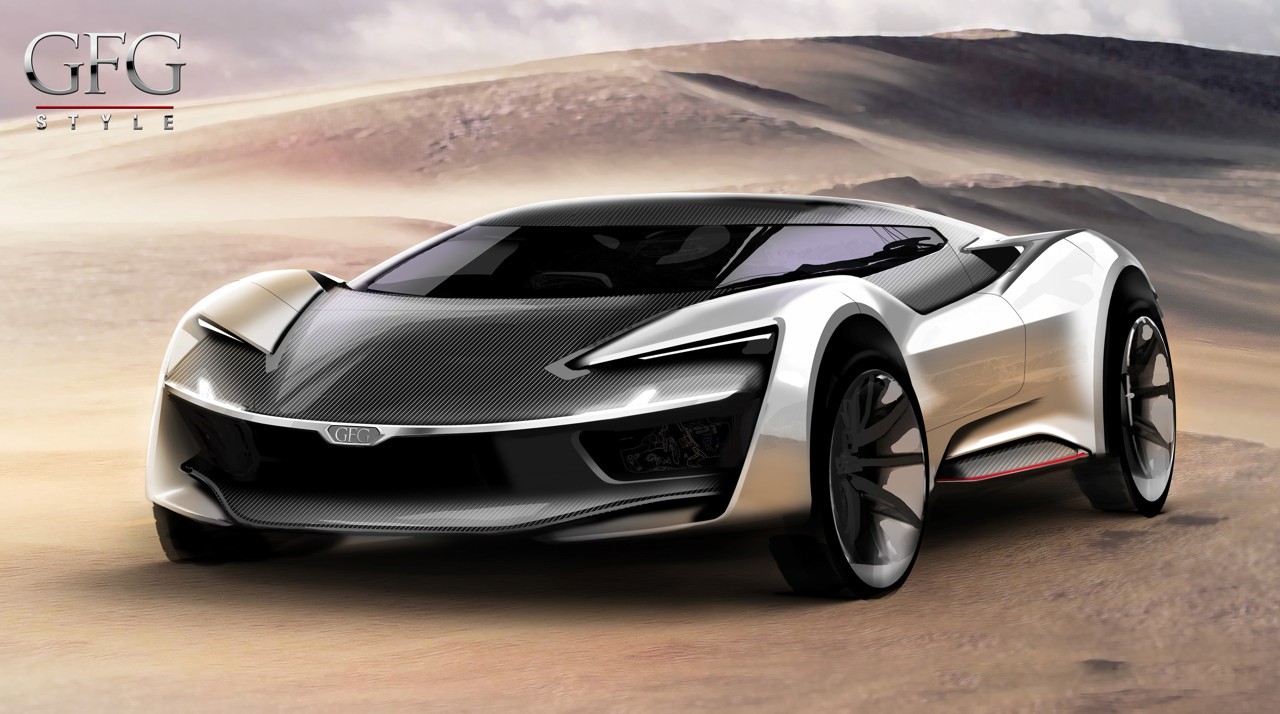 The Bandini Dora (below), a 2-seat, all-wheel-drive BEV, was commissioned from GFG Style by Italian   automaker Bandini, which operated from 1946-1992 and was re-established in 2012.

Like the Vision 2030 and Desert Raid, the Dora is powered by two 200-kW electric motors, one on each axle, although it is rated at 536 hp. As with the other two concepts, range is 280 miles.

The interior features a structural element that divides the driver and passenger areas. The steering wheel houses a touchscreen allowing the driver to control navigation, infotainment and vehicle controls; there is no switchgear. 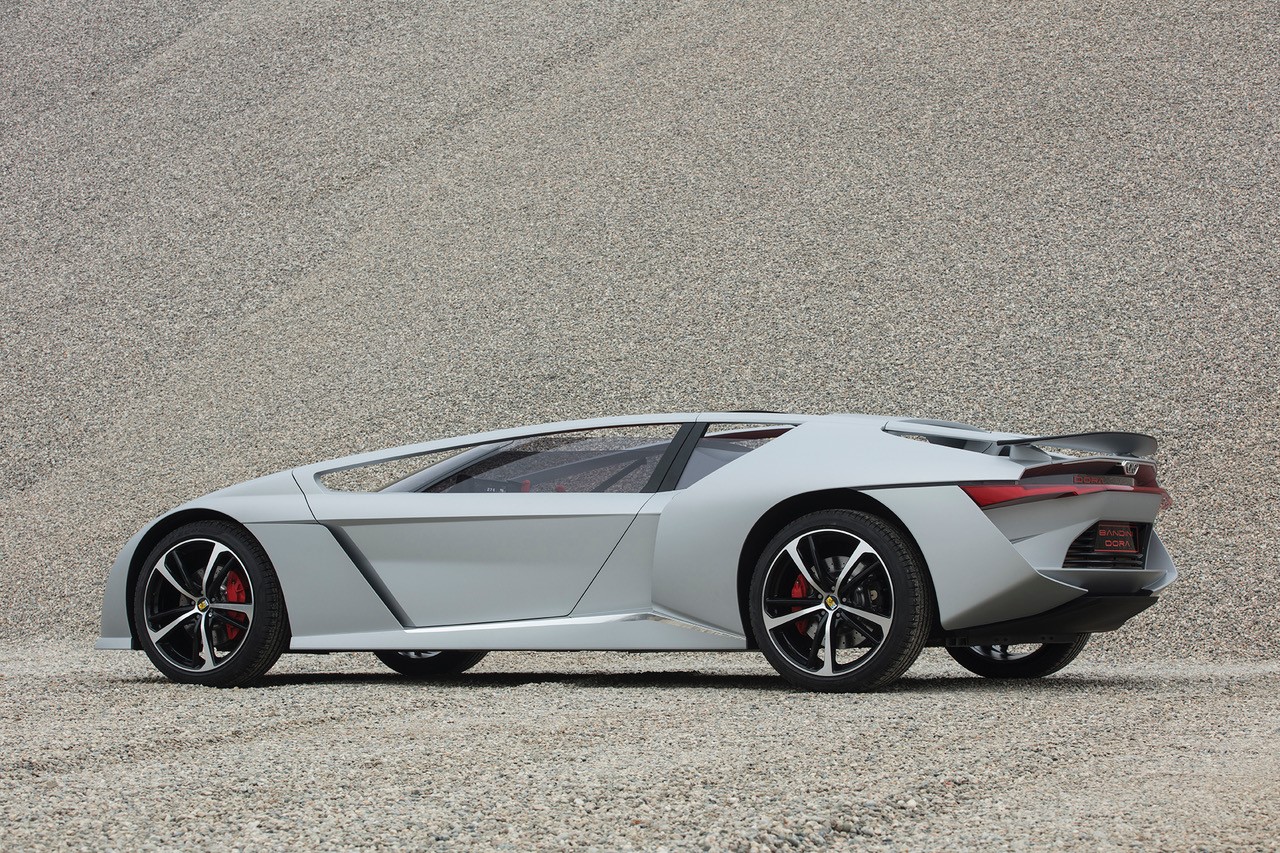