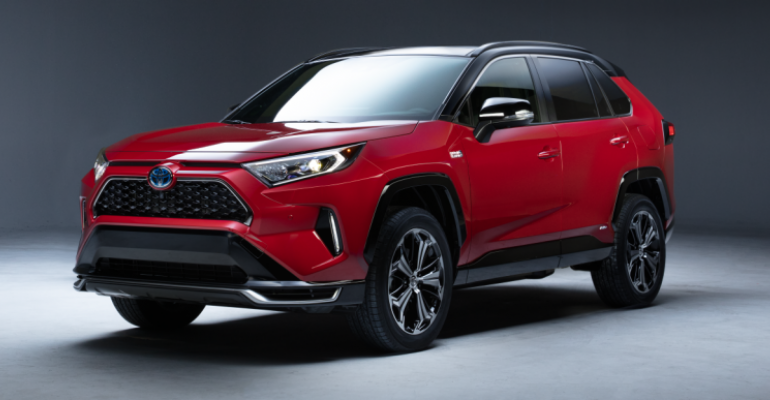 The new plug-in hybrid version of the RAV4 can go 39 electric-only miles on a full charge and gets Toyota’s TRD Off-Road treatment.

Toyota’s RAV4 has surpassed the Honda CR-V in U.S. sales the past two years in the high-volume small crossover category, and both offer a hybrid powertrain. At the Los Angeles auto show last week, Toyota gave eco-conscious small-CUV buyers another reason to consider the RAV4 over the CR-V by adding a plug-in hybrid-electric option.

The ’21 RAV4 Prime, the first-ever PHEV version of Toyota’s sales-leading crossover, is expected to go up to 39 miles (63 km) on battery power alone with a full charge, which Toyota says is the highest electric-only range of any PHEV crossover or SUV on the market. It also will achieve an estimated 90 combined MPGe (2.6 L/100 km).

The RAV4 Prime uses a retuned version of the RAV4 Hybrid’s 2.5L Atkinson-cycle gasoline 4-cyl. that will provide the same 176 hp as the hybrid. But when paired with twin electric motors, total system output is expected to reach 302 hp.

Thanks to more powerful motor-generators, a newly developed high-capacity lithium-ion battery and a booster converter, Toyota says the RAV4 Prime is the most powerful and quickest RAV4 ever, with a projected 0-60 mph (97 km/h) time of 5.8 seconds. The Prime also is the first-ever RAV4 to get Toyota’s TRD Off-Road designation, with a sport-tuned suspension and exclusive design features.

Arriving in summer 2020, the RAV4 Prime will be available in a new SE trim and the XSE trim that’s currently exclusive to the RAV4 Hybrid. Both trims will come standard with the Electronic On-Demand AWD system used on the RAV4 Hybrid that has an electric motor powering the rear wheels when needed, such as for extra traction and acceleration.

A Trail mode helps the RAV get out of sticky situations by braking a spinning wheel and sending torque to the wheel with traction. Available paddle shifters allow hands-on-the-wheel engine-braking on hills and incrementally increases regenerative braking.

Toyota says the RAV4 PHEV’s larger lithium-ion battery mounted under the floor allows for the same passenger space as the hybrid, although cargo space is slightly less. A heat pump HVAC system based on one used in the Prius Prime helps increase EV range, while the Prime gets the RAV4 Hybrid’s Predictive Efficient Drive feature that uses the optional navigation system to learn routes and driver patterns to improve battery performance.

Like the RAV4 Hybrid, the Prime PHEV will be sold in all 50 U.S. states. Toyota Div. group vice president and general manager Jack Hollis says the company expects to sell 430,000 RAV4s this year, and about 100,000 of those will be hybrids.

Hollis says RAV4 Hybrid sales were up 72% over last year. “The supply is still lower than the demand,” he adds. “We wanted to make sure the demand in the market wasn’t a push on the consumer but a pull. We’ll use the same business strategy for the PHEV.”

The ’21 RAV4 Prime production will be based in Japan, but could shift to Ontario, Canada, where the RAV4 also is assembled, Hollis says. “Our goal is to always produce where we sell, and the U.S. will probably be the biggest market.” 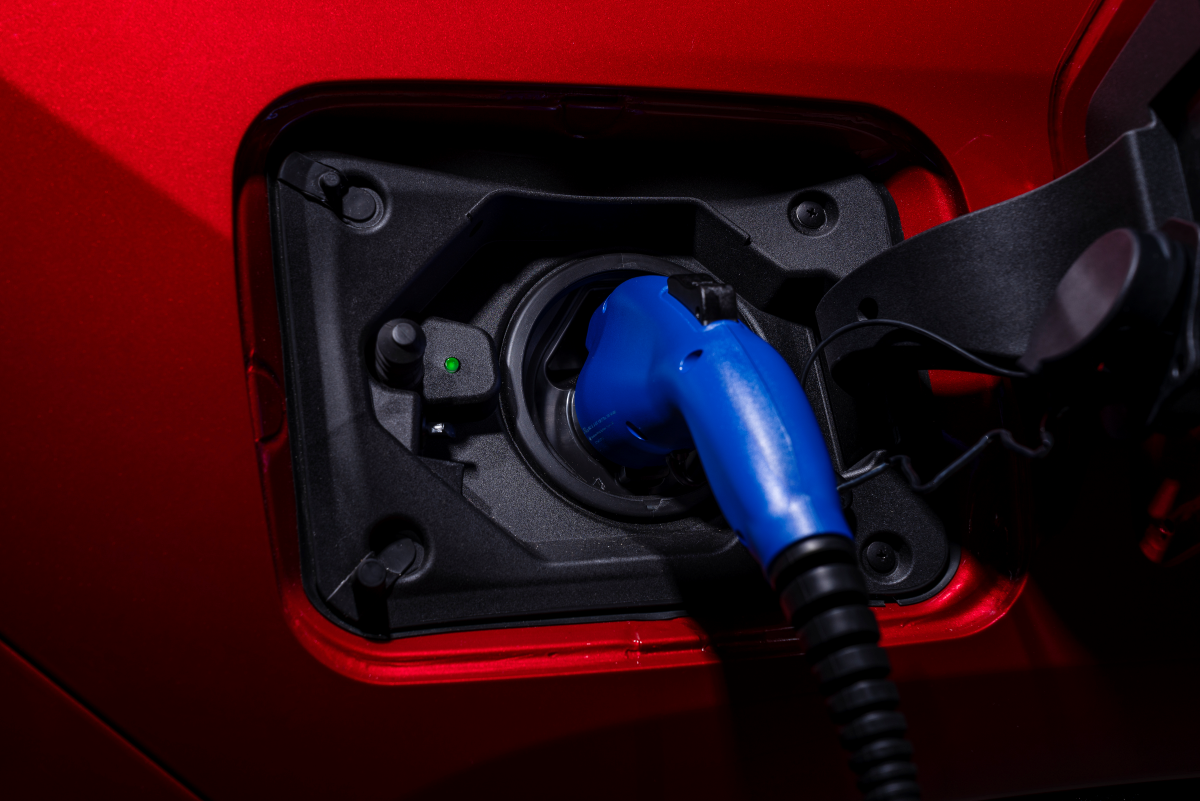