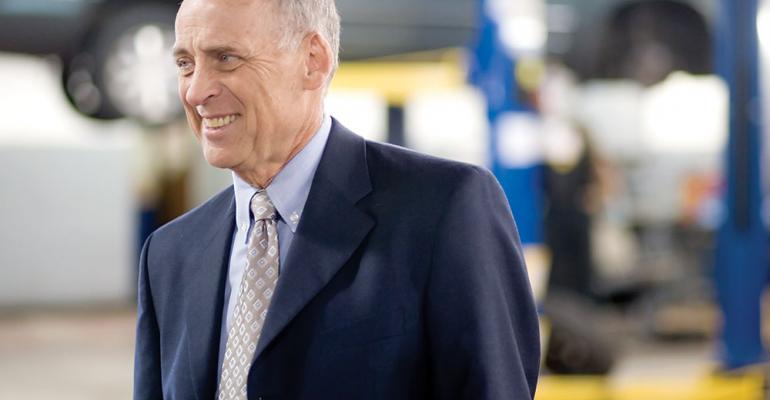 One Megadealer Buys Another

Lithia&rsquo;s acquisition of DCH means the combined group will have a presence in both metro and midsize markets.

The agreement calls for Oregon-based Lithia to acquire 100% of New Jersey-based DCH, which currently owns and operates 27 dealerships in New York, New Jersey and California. Lithia reportedly will pay $340 million in cash and $22.5 million in stock.

"It's a big deal, the biggest instance of one megadealer buying another," says Cliff Banks, president of The Banks Report that provides auto-retail industry analysis.

But he predicts some affected automakers might have reservations about consenting to the proposal. "There might be some negotiating."

Publicly owned Lithia Motors ranks No.9 on the 2014 WardsAuto Megadealer 100 with $769 million in total 2013 revenues. It sells 28 brands of new vehicles and all brands of used vehicles at 101 stores in 12 states, most in the West. The acquisition represents Lithia’s first venture east of the Mississippi.

"The upside for Lithia is huge," Banks says. "They are getting some top-volume stores and immediately become a national company."

This combination develops a metro-market strategy for Lithia, as the DCH stores are located in the greater metropolitan areas. Lithia stores mostly are in midsize markets.

In recent years, Lithia, which is strong on Chrysler franchises, has stepped up its used-car operations, former CEO Sid DeBoer told WardsAuto in an earlier interview. His son Bryan now is Lithia’s president and CEO.

The DCH stores will continue to be led by the current management team, with George Liang, DCH’s president, reporting directly to Bryan DeBoer.

In a statement, DCH says the combined organization will pursue two growth opportunities: the exclusive franchise, small- to medium-size market strategy that is Lithia’s hallmark, as well as the large metropolitan market strategy the DCH management team has honed.

“DCH dealerships will maintain the DCH name and continue to leverage the high quality DCH brand, including its commitment to ‘The DCH Way,’” Liang says.

“This is the coming together of two groups who share similar core values based on customer satisfaction, continuous improvement, teamwork and integrity," says Shau-wai Lam, chairman of DCH Auto Group.

DCH dates back nearly nine decades to when his father established a trading company in Shanghai. It then established an American subsidiary in New York City 1949.

Shau-wai Lam switched the firm’s focus to automotive in the 1970s, starting with a Honda dealership in New Jersey. He was the WardsAuto Dealer Business 2005 Dealer of the Year. In recent years, the firm has acquired dealerships in China.

Sidney DeBoer’s father opened a small Oregon dealership in 1946 and died in 1968 when a car struck him as he walked across the street to his “office,” a local coffee shop.

Sid DeBoer, with money borrowed from his mother, bought the dealership. He went on to found Medford-based Lithia Motors, which became a publicly traded company in 1996.

In a WardsAuto analysis last month, Phil Villegas, a principal at Axiom Advisors, a dealership consulting firm specializing in mergers and acquisitions, predicted a top-tier megadealer would consolidate with another top-tier counterpart this year.

“This is along the lines of what I was predicting, with the economy back on track and banks and private equity firm trying to deploy capital in areas that yield good returns,” he says.

Villegas adds, “The Wall Street appetite for retail automotive is strong, but they don't necessarily want to nibble or taste. It’s these types of deals in the $500 million-plus category that they are after. I expect we will continue to see other large transactions in the months to come.”

The Lithia-DCH deal stands on its own, Banks says. "I don't think it indicates any major trends moving forward."

He adds: "DCH is well-liked by manufacturers. It is a volume player and it has been a willing buyer of inventory. I think some zone managers are having heart burn over this deal. Lithia is more focused on profits over volume. It has stockholders to answer to. But clearly Wall Street likes this deal."

Megadealers Strong, Not Omnipotent
May 01, 2013