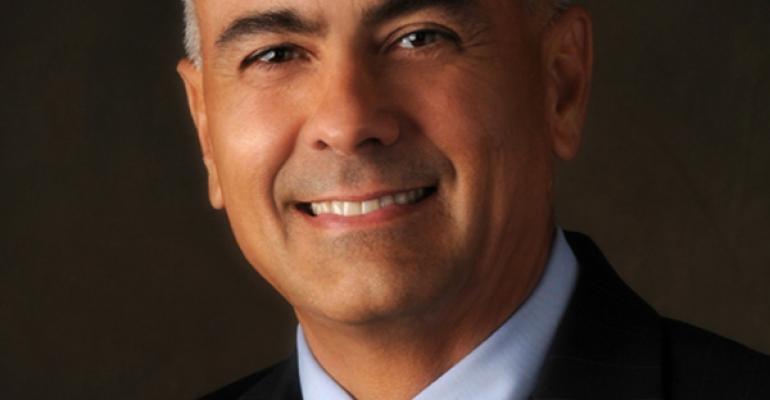 Some dealership groups on the WardsAuto Megadealer 100, such as Asbury Automotive Group, are testing new ways to sell vehicles.

Megadealers will lead the automotive-retailing industry in offering a kinder, gentler dealership experience to consumers.

That’s a prediction of Jeremy Anwyl, vice chairman of Edmunds.com, who says that although people like buying cars, they often dislike the process despite improvements here and there over the years.

“This is still an industry where there are fundamental issues from a customer perspective,” he says. “For example, buying a car takes way too long and it is sometimes hard to get upfront pricing from dealers.”

In the speed-driven Internet age, “the rest of the world has moved on but the process of buying a car hasn’t changed much,” Anwyl says.

But he believes it soon will, and he sees dealers and particularly megadealers as driving the changes as they recognize opportunities the potential transformations can bring.

“We’ll see major dealer groups or well-financed stand-alone stores that will start to experiment in, dare I say, revolutionary ways about how to respond to what the consumer is really looking for.”

Some dealership groups on the WardsAuto Megadealer 100 already are doing that. Among them: Asbury Automotive Group. It is testing a project called Asbury Preferred Selling at three dealerships representing BMW, Mini and Acura in Richmond, VA.

“Each salesperson has an iPad and uses it throughout the process to help educate customers,” says Scott Krenz, Asbury’s senior vice president and chief operating officer.

“Customers have a lot more information than ever, but they are not necessarily better informed because much of the information is confusing,” he says. “We try to educate the customer, not just about the vehicle but about financing.”

One goal is to better integrate the processes of the sales department and finance and insurance office. A pleasant customer experience shouldn’t stop at the showroom floor, Krenz says.

That means making sure F&I managers are knowledgeable and well-trained. “Sometimes, they don’t know as much as they should,” he says.

The Asbury Preferred salespeople are younger, college-educated “and actually enjoy the role of educating the customer rather than selling to them,” Krenz says at a recent American Financial Services Assn. automotive conference.

The goal of the program is to offset the off-putting aspects of traditional car selling. “Coming to a car store doesn’t rank high on a lot of consumers’ lists of things they like to do,” Krenz says.

Asbury hopes to expand the program to a larger market, probably Atlanta.

“We want to keep it going because this is what customers want,” he says. “We are recruiting on college campuses. We’re consciously trying to change from traditional selling to more of an educational engagement.

“Well-informed customers are the best customers and the ones who walk out feeling they got a good deal. ”

“It is a very detailed-oriented business, a very immediate business,” he tells WardsAuto. “The customer that you are caring for on the phone, in the showroom or on the Internet is impatient and wants added value.

“Every auto retailer needs a sense of urgency, but our scale lets us take a longer view. We look at structural challenges, and say, ‘How do we develop processes and technologies that empower the customer and make the experience better?’”

Several leaders of dealership chains formerly worked for auto makers. Group 1 CEO Earl Hesterberg was a Ford executive. Asbury CEO Craig Monaghan was a General Motors engineer. Jackson was president of Mercedes-Benz USA and before that was a Mercedes dealer. He joined AutoNation in 1999.

Jackson believes his stint as an auto executive helps him deal with auto makers.

“I have an understanding of this business from every angle, and the manufacturers know that,” he says. “If they ask for something unreasonable, I don’t hesitate to tell them. On the other hand, I know what their issues are and what they expect. I know where they are coming from.”

Megadealers, anticipating high sales and record profits, see 2012 as a mighty fine year. They streamlined their operations during the dark days when auto deliveries fell about 40%, from 16.1 million in 2007 to 10.4 million two years later.

With auto sales rising, dealerships and dealership groups in particular are positioning themselves for profitable times.

“The dealer body is in great shape today,” auto analyst John Casesa says, noting an increase in throughput or sales per store. The national average was 719 units per dealership in 2011, up from 656 the year before, according to consultancy Urban Science.

“If things continue the way they are going, throughput will be through the roof,” Casesa says at an automotive conference put on by the National Automobile Dealers Assn. and IHS.

“It is a phenomenal time to be in the business,” says Asbury’s Monaghan.

The recession walloped Asbury. It posted its first financial loss in 2008. Because it carried a heavy debt load, its auditing firm three years ago questioned whether it could survive.

“The silver lining is that it taught us to be mean and lean,” Monaghan says. “We took out a layer of infrastructure. Stores are more focused on getting gross to the bottom line, and we’re benefiting from lower interest rates.”

Asbury is much healthier since its near-death experience, but “there is room for improvement,” Monaghan says. “We still look around and see things that can be better.”

“It starts and stops with them,” Monaghan says. “We want them to feel they own the stores. They are the field generals. We want to give them the best tools and let them run the stores.”

The same applies to other megadealerships, such as RLJ-McLarty-Landers Automotive Group, headed by Thomas “Mack” McLarty III, a second-generation dealer who served as chief of staff for President Bill Clinton.

“We look straight to the general managers,” he says. “We’re managing inventory better and focusing more on fixed operations.”

“No question, the customer coming in today is different than before,” McLarty says. “It is a different kind of sale. You have to be much more professional, transparent and customer-driven than a few years ago.”

His firm operates dealerships in the U.S., China and South America. Another group with international operations is Penske Automotive Group, on the WardsAuto Megadealer 100 with total 2011 revenues of $11.5 billion.

Publicly owned and led by the iconic auto industry mogul Roger S. Penske, the Penske network consists of 166 franchises in the U.S. and 169 abroad, mainly in the U.K.

“We are rationalizing our dealer network in markets that haven’t been successful,” Penske tells WardsAuto. “There will be some divestitures. International is the focus at the moment.”

But the group’s acquisitions outpaced divestitures nearly 3-to-1 last year as measured by revenue. In Northern Ireland, Penske recently purchased the 13-store Isaac Agnew Group with annual revenues of $500 million.

On the U.S. side, sales are up “and we feel good about the market,” he says.

So does Jackson, who says: “AutoNation is bullish about 2012. We think there is a sustainable automotive recovery on the way. There is great new product from the manufacturers and great financing.

“So we’ve been setting the company up for that,” he says. “We want to be aggressive this year. We’ve been marketing and buying inventory based on sustainable recovery.”

Among U.S. dealers, a resistance movement is forming to fight what they consider excessive facility-upgrade demands by auto makers. NADA is digging in, claiming the costs are too high and potential return on investment too low.

It has become a major issue, but megadealers tend to be less up in arms.

“It is not as hot a topic for us,” Monaghan says. “We want to have really good-looking stores. We have an active and ongoing dialogue with manufacturers. “We’ve sat down and said, ‘We’ve got so much capital we can provide. Here is what we got over so much time.’ It takes the anxiety out.”

Noting AutoNation’s willingness to invest in facilities, Jackson says, “We meet the facility and corporate-identity requirements,”

Penske notes his group in the U.S. and abroad has spent $2.2 billion on building upgrades and new construction in the past two years. A showplace of Penske Automotive is its luxury-brand auto mall in North Scottsdale, AZ.

It should be a good year for Lithia Motors, in no small part because of Chrysler’s recovery, says Sid DeBoer, chairman of the Oregon-based dealership group.

“Chrysler certainly has done a great job for us,” he tells WardsAuto. “As the world moves forward, Chrysler is doing well, and doing it with a lineup that isn’t as fresh as what they have coming. So there’s an opportunity to maximize that.”

Lithia was “cursed” for owning many Chrysler dealerships when the auto maker suffered through 2008 and 2009, DeBoer says.

Lithia has cut its Chrysler-brand stores from 42 to 24, yet “it is still 30% of our revenue, and they are growing so fast,” he says.

The company’s goal isn’t just to ride the recovery.

“When auto sales recover from a setback, there’s a natural lift, but we are measuring whether we get more than that,” DeBoer says. “We want more than a natural lift. We are judging each store against that.”

Although Lithia is one of the nation’s biggest publicly owned dealership groups, its stores are in regional midsize markets. That’s an advantage, DeBoer says.

“Because of our markets, we always get to see our customers,” he says. “And it is a real opportunity for us to use those Internet tools to reach out more.”

For U.S. consumers, a better dealership experience seems forthcoming, whether it is brought about by megadealers with strategic plans or small-town dealers with the personal touch.

“There are dealers who will step back and think about that and organize their businesses around it,” Edmunds.com’s Anwyl says.