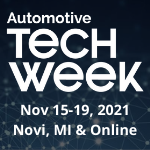 Is Lyten’s Lithium-Sulfur Battery the Answer for EVs?
Sep 27, 2021
Lyten says its LytCell EV battery platform costs less and is safer than today's lithium-ion batteries, and it could be used in a production EV built in the U.S. by the middle of this decade.

Volkswagen Facing More Diesel Woes
Sep 27, 2021
An adviser to a European Union court hands down a finding suggesting certain software used in VW diesel engines does not conform to the letter of the law.

GM’s Electric Crate Motor Package Historical, Forward-Looking
Sep 23, 2021
GM announced last fall that it will sell an electrified version of its popular “crate engine” for shade-tree mechanics who want to get an EV boost out of their old vehicles.

Refreshed ’22 Honda Passport Offers Off-Road Trim
Sep 23, 2021
The ’22 Passport will be available in Honda’s just-announced TrailSport configuration, and all models will get more aggressive styling.

Bosch Refining Automatic Emergency Braking Technology
Sep 22, 2021
With all the advances being made to automatic emergency braking technologies, Bosch says it’s high time for this kind of crash-avoidance technology to be included in the federal government’s New Car Assessment Program (NCAP).

Ford Bronco Raptor Coming; Expedition SUV Updated
Sep 21, 2021
Ford is preparing three new versions of the Expedition SUV for 2022, including a Timberline Edition, described as the most capable off-roader; the Stealth, which will offer the most power; and a Platinum Edition with features such as Amazon Fire TV.