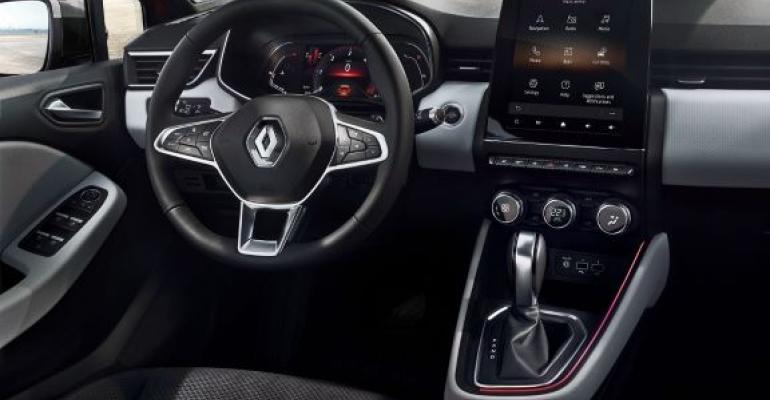 As the first in the Renault lineup to employ the CMF-B platform, the automaker says the new Clio will spearhead its strategic plan, “Drive the Future.”

Renault publishes some details of the new-generation Clio, an urban hatchback enjoying the title of being the brand’s worldwide best-selling model.

The new car will make its global debut in March at the Geneva auto show and Renault hopes to build on the 15 million unit sales of the model since its launch in 1990. As the first in the Renault lineup to employ the CMF-B platform, the automaker says the new Clio will spearhead its strategic plan, “Drive the Future.”

As part of this strategy, the car will be the first with Renault’s E-Tech hybrid engine, boast the most advanced connectivity in the range and feature market-leading driver-assistance systems supporting the automaker’s intention to have 15 autonomous-technology-equipped vehicles by 2022.

So far, the French manufacturer is only releasing details and images of the car’s interior although its designer hints external changes may be minimal.

“The fifth-generation Clio is very important for us as it is the best-seller in its segment and the second best-selling car in Europe, all categories combined,” says Laurens van den Acker, senior vice president-corporate design at Renault. “The exterior design of Clio IV won over our customers and continues to do so today, so we chose to keep that DNA while bringing modernity and elegance to the new model.

“The interior has undergone a true revolution, with a considerable improvement in perceived quality, greater sophistication and technology.”