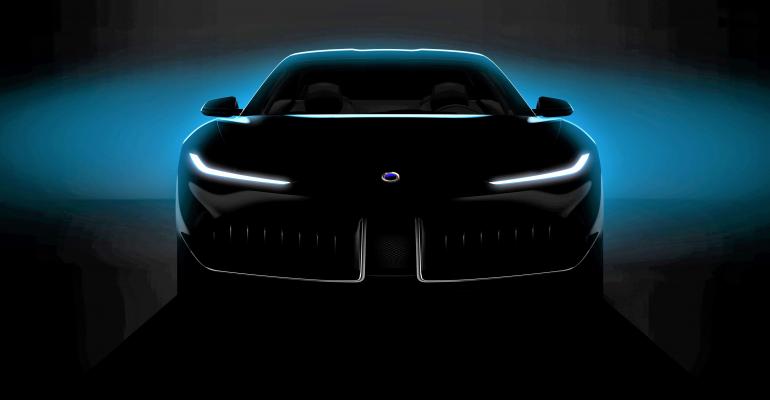 A Pininfarina-designed concept car, along with a next-generation luxury electric Revero and an all-electric Karma Vision concept, will debut at Shanghai.

Southern California-based luxury electric-vehicle maker Karma will debut three cars at Auto Shanghai, providing a first look at the result of its partnership with Italian design and engineering house Pininfarina.

A Pininfarina-designed concept car, along with a next-generation luxury electric Revero and an all-electric Karma Vision concept, will debut at Shanghai.

The event, at the National Center for Exhibition and Convention in Shanghai, runs April 16-25.

Karma’s Pininfarina collaboration, announced in January, is a major addition to the automaker’s list of strategic business partnerships.

Launched in 2014, Karma has built an operation with almost 1,000 employees working from its headquarters in Irvine, CA; Karma’s Innovation and Customization Center in Moreno Valley, CA; Detroit Technical Center in Troy, MI; and a campus in Hangzhou, China.

“Taken together, Karma’s Shanghai Big Three represents our transformation from an old-value car manufacturer to a company building long-term value in part by becoming an open-platform luxury high-tech automotive incubator.”

The next-generation Karma Revero will be available for sale during the second half of this year and will be sold through its 18 dealers, and a Karma-owned store, in the U.S., Canada and Chile.