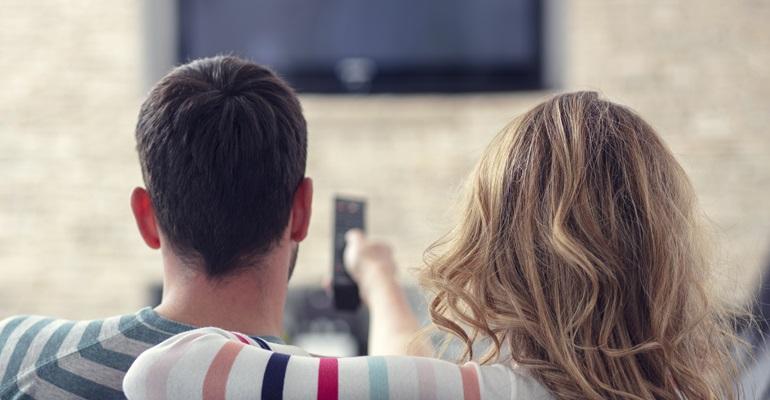 “Discount (the influence) of TV at your own peril,” says Bob Feinberg of Yonkers Honda.
Industry News>Auto Shows

“There is a ton of misconception and a lot of insanity going on,” says Danielle DeLauro of the Video Advertising Bureau.

“Discount (the influence) of TV at your own peril,” he says, indicating many dealers like him consider television advertising alive and well and adapting to the digital age.

He finds it ironic that many digital enterprises nonetheless advertise on TV. That group includes Carvana, Google, Amazon and Netflix.

Feinberg participates in an automotive panel discussion entitled “Advertising in the Fast Lane: How to Fuel Your Campaign in These Competitive Times.”

The session is part of the 2019 Automotive Forum held in conjunction with the New York auto show. The auto show, National Automobile Dealers Assn. and J. D. Power host the conference.

Digital marketers who claim TV has lost power as an advertising outlet are flat-out wrong, contends fellow panelist Danielle DeLauro, executive vice president of the Video Advertising Bureau. “There is a ton of misconception and a lot of insanity going on.”

Although some detractors claim people watch less TV today because there are so many other viewing options, DeLauro says statistics show people on average watched 43 more TV minutes a day in 2018 than they did in 1983.

“The difference is the range of what they are watching it on,” she says. “Watching TV shows on iPads is the new form of TV viewing.” Her point is that although people are watching TV on various mobile devices, they’re still watching TV.

Digital marketers use tracking technology to garner data on online users’ shopping behavior – and target-market to them accordingly.

That technology now extends to cable TV. From the hookup box, data is collected both on what subscribers watch as well as who they are demographically (without actually knowing their identities). It’s like using a computer IP address to track user website visits and time spent on them.

Like targeted and customized digital marketing, the modern TV counterpart seeks to get the right message to the right person at the right time. That time is when they are in the market for a vehicle, or are about to be, based on their buying-cycle histories.

Selling vehicles is in marked contrast to selling toothpaste or trash bags, says Linda Ranieri, media director at Team One. Its clients include Toyota.

“We are targeting people in the market or who will be soon based on data points,” she says of modern TV advertising. “We’re addressing it differently than before. You only want to push (specific auto ads) into homes with people who are in the market.”

Digital marketing has its place. So does TV advertising, say the Automotive Forum panelists.

“There are people who love to attribute sales to digital marketing,” says Feinberg, the dealer. “But the attribution model is tricky.”

The model once gave primary credit to the so-called last click: the digital ad an online vehicle shopper clicked on before finally buying a vehicle.

“To just count on a digital method for marketing is a big mistake,” Feinberg says.

“TV is the main driver because it has scale and an emotional connection,” DeLauro says. “It drives people to websites. It allows an ad campaign to work harder. TV and digital should work together.”

Feinberg gives an example of that collaboration:

His dealership is a client of Cars.com, an online automotive marketplace and third-party lead provider to dealers. “They use a lot of the money we give them to advertise on TV,” he says.