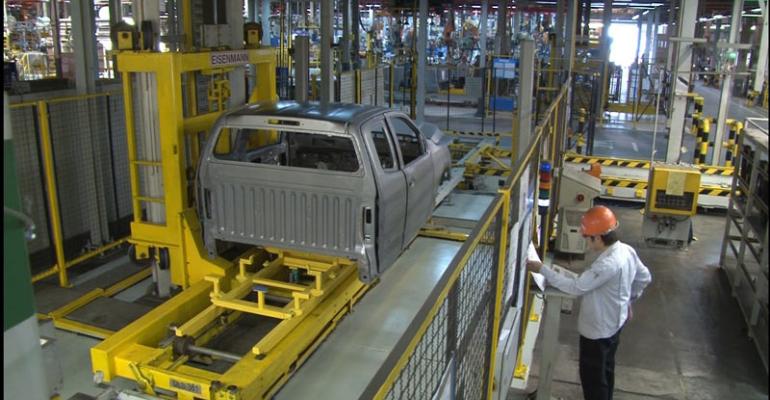 This nation of 66 million people is second only to the U.S. in pickup sales. But on a per-capita basis, Thailand is No.1.

BANGKOK – Small cars and motorcycles are the primary means of transportation on the crowded streets of this metropolis.

But that changes quickly and dramatically once one gets out of town. Beyond the city limits, pickup trucks are a commanding presence on Thailand’s roadways, from expressways to back roads.

This nation of 66 million people is second only to the U.S. in pickup sales. “But on a per-capita basis, Thailand is No.1,” says Michael Diamente, managing director of a Dana-Spicer plant that makes truck parts in Thailand.

Double-cab and 1-ton midsize pickups account for 60% of Thailand’s total vehicle production. It is expected to reach 2.2 million units this year, according to The Thai Automobile Industry Assn. About half the vehicles made in Thailand are exported.

It still is common in Thailand to see small single-cab pickups, with an overflow of passengers perilously riding in the open beds. But those old utilitarian trucks are giving way to stylish extended-cab versions with rear seating.

GM bills its 4-door crew-cab Colorado as “perfect for family applications or where carrying passengers in comfort is a priority.”

GM builds that model as well as 2-door extended-cab and single-cab Colorados at its plant in Rayong province southeast of Bangkok. Nearby, Ford and market-leader Toyota produce their midsize pickups, the Ranger and Hilux, respectively.

Other made-in-Thailand pickup truck nameplates are Mitsubishi, Isuzu and Nissan.

“Pickups are used here for work as well as routine life, so they have to have a sense of fashion and functionality,” says Toyota spokeswoman Pasorn Saowarattithada.

“They can carry supplies and passengers,” he says. “For a family that can only afford one vehicle but needs it for several uses, the double cab has become very popular. It represents 37% of vehicle production here.”

Last year, GM sent workers and supplies in Colorado pickups to aid flood victims in areas north of Bangkok. It was a humanitarian act, but with an added benefit.

“It also gave us a chance to test our new Colorado in extreme conditions,” says David Clarkson, vice president-powertrain for GM Thailand.

Thailand Auto Industry Back on Track After Floods
Jun 19, 2012