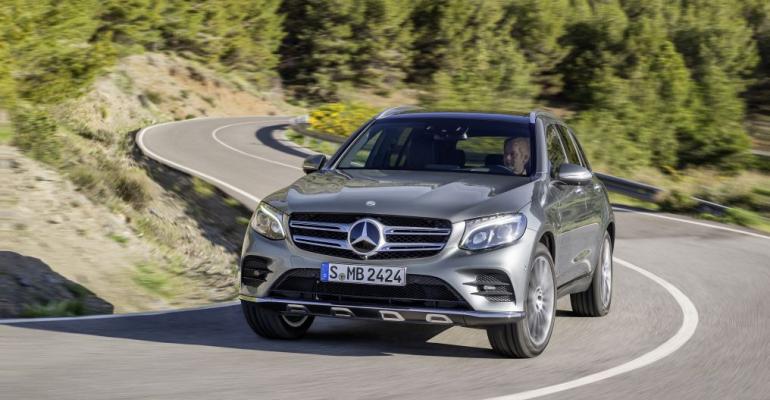 The possible trimming of the automakers&rsquo; product lineups would exclude SUVs, consistently good sellers relative to the overall market in recession-battered Russia.

ST. PETERSBURG – Amid the ongoing decline of the Russian auto market, Audi, Mercedes and BMW are reducing their presence in the country in 2016.

The German premium automakers already have decided to suspend opening new dealerships in Moscow, the largest local market in Russia, until the end of 2016 and have not ruled out the possibility of scaling back their local range.

The possible cutbacks in the automakers’ product lineups would exclude SUVs, consistently good sellers relative to the overall market in recession-battered Russia.

Industry publication Auto Review reports Audi has halted imports of models with diesel engines to Russia, a move related to the luxury brand’s part in the diesel-emissions-cheating scandal involving parent Volkswagen. The possibility of Audi reducing its Russian product lineup comes amid a 24.9% year-over-year decline in sales for the year’s first 11 months, according to WardsAuto data.

BMW, alone among the three premium German brands with local assembly operations, has not announced plans to reduce production at the Kaliningrad plant where contract assembler Avtovor builds several models from semi-knocked-down kits.

The automaker could decide by May whether to proceed with construction of a plant in Russia. But officials say that decision, as well as opting to reduce current production, will mainly depend on the country’s economic situation.

Audi sales from January through November were down 20.6% from year-ago.

Mercedes was not able to reach an agreement with St.Petersburg authorities on the building of a Russian plant and does not plan to reconsider this issue before the beginning of 2017. Mercedes deliveries for the first 11 months of this year dropped 12.8% from like-2014.

In the meantime, according to analysts with the Russian Ministry of Industry and Trade, sales of superluxury cars have bypassed the country’s lengthy economic slump, with 2015 deliveries roughly equal to the 2014 total. This was reflected by potential buyers’ interest in the recent Moscow unveiling of the Mercedes Maybach Pullman limousine priced upwards of €523 million ($570,000).

Luxury-Car Sales Numbers Small But on Rise in Russia
Jul 27, 2015