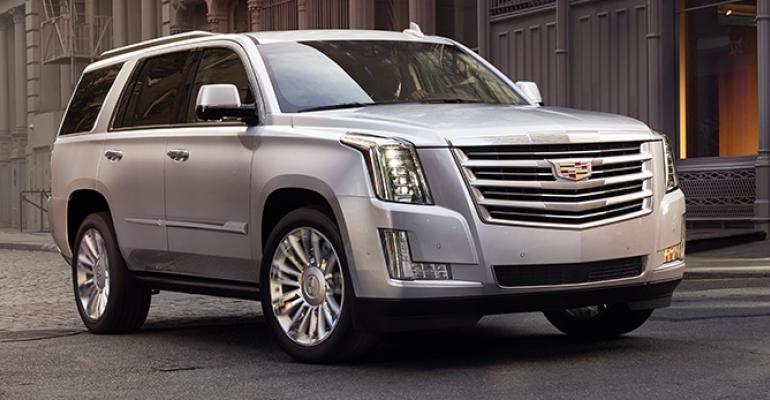 Russians bought only 182 Cadillacs in first-quarter 2018, according to Wards Intelligence data, down 45.7% from like-2017. This puts the brand far short of the 10,000-unit annual sales goal former Cadillac chief Johan de Nysschen targeted.

ST. PETERSBURG – General Motors isn’t giving up on its Cadillac brand in Russia despite falling far short of its sales goals.

Russians bought only 182 Cadillacs through the first three months of 2018, according to Wards Intelligence data, down 45.7% from 335 units sold in like-2017. This leaves the brand far short of the 10,000-unit annual sales goal former Cadillac Div. chief Johan de Nysschen identified several weeks ago.

De Nysschen acknowledged Cadillac is not offering a wide range of sedans in Russia, although the sedan segment is among the fastest-growing in global automotive markets. Some local analysts say, however, that Cadillac’s new management likely will shift the brand’s focus to the CUV and SUV segments and away from the sedans finding fewer Russian buyers.

The GM division hopes to reverse its recent slide – Cadillac sales in Russia peaked at 2,226 in 2011 – in cooperation with Avilon Group, Russia’s leading auto dealer. Cadillac operates 12 dealerships in Russia, almost half of them in Moscow.

Analysts with the Russian Ministry of Industry and Trade believe Cadillac may find it difficult to compete with the current leaders of the premium segment, most of them German, despite the support of Avilon.

The analysts say although Russians have long been attracted to American cars, Cadillac, in contrast to the U.S., does not enjoy a premium brand image in the country. They also note the service network for the cars is less developed in Russia than in Western countries.

In the meantime, another problem GM faces in Russia is its St. Petersburg plant, which the automaker shut down in March 2015 and whose future remains unclear.

St. Petersburg Gov. Georgy Poltavchenko said several months ago that “a number of investors from the West have expressed an interest to take the plant, however, no final agreements have been reached yet.”

More recently, Russian media reported the plant may be used for the assembly of cars by Uzbekistan automaker Uzavtosanoat, which operates a joint venture with GM in the former Soviet republic. Uzavtosanoat, which owns 75% of the JV, produces Chevrolet and Ravon cars at three sites.