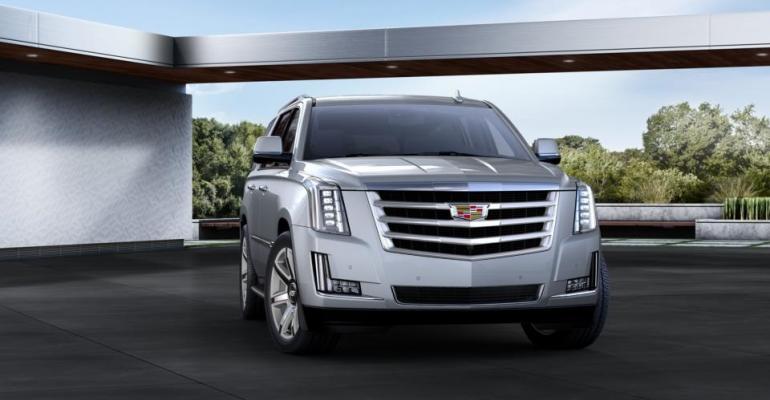 GM Has Ambitious Plans for Cadillac Brand in Russia

Cadillac chief Johan de Nysschen said in a 2015 interview that parent General Motors plans to increase the number of Russian dealerships to 17 and increase annual sales to 10,000 cars.

ST. PETERSBURG – General Motors aims to significantly increase sales of its Cadillac brand in Russia during the next several years through expansion of its dealer network and stepped-up marketing.

The automaker has reached an agreement with Avilon Group, Russia’s leading auto retailer, on the opening of a new Cadillac dealership in Moscow this fall. The new dealership will offer the entire Cadillac range. More outlets are planned.

According to the Association of European Businesses, the automaker sold 561 cars in the country in the first five months of this year. Sales last year totaled 1,274 units, slightly more than half the 2,226 delivered in 2011, Cadillac’s peak year in Russia.

Cadillac has 12 dealerships in Russia, half of them in Moscow. Johan de Nysschen, head of Cadillac, said in an interview with the Vedomosti business newspaper published in November 2015 that GM plans to increase its dealerships to 17 and increase annual sales to 10,000 cars.

Russian Ministry of Industry and Trade analysts believe GM may find it difficult to compete against the established leaders in the premium segment of the market – including Audi, BMW and Mercedes-Benz – despite the support of a well-established company such as Avilon.

They also contend Cadillac does not have a premium-brand image in Russia, and servicing of the brand’s cars in Russia is not as developed as in Western countries.

GM nevertheless is pinning its hopes on Russians’ longstanding affinity for American cars, especially SUVs, and the auto market’s recent recovery from a multiyear slump.