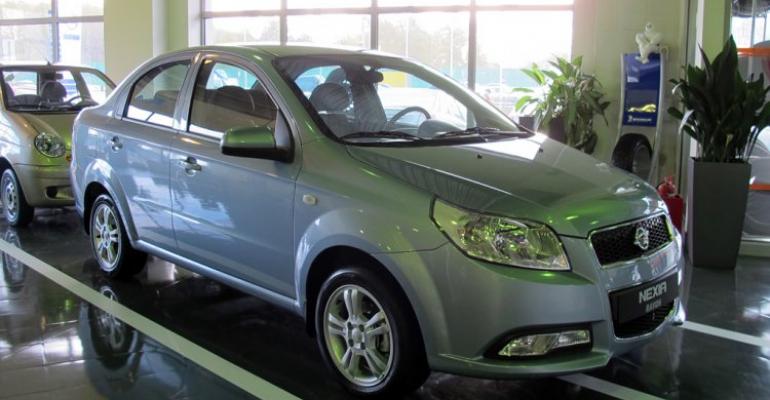 A GM Uzbekistan executive says the JV will pay particular attention to manufacturing SUVs and large urban sedans, but it also is devoting resources to producing a new version of the Chevrolet Aveo compact.&nbsp;

ST. PETERSBURG – GM Uzbekistan, a joint venture of General Motors and the Uzbek automaker Uzavtosanoat, plans to significantly increase production in coming years and expand its local range as well.

Takhirjon Jalilov, deputy chairman of Uzavtosanoat, the JV will pay particular attention to manufacturing SUVs and large urban sedans. But the companies also will devote resources to producing a new version of the Chevrolet Aveo compact.

The JV recently announced plans to invest $104 million to launch mass production of the new Aveo, which will be dubbed the T-250 in Uzbekistan and will replace the Nexia model in the local market. Specifications have been disclosed.

Production is expected to begin in late May or early June at the GM Uzbekistan plant in Asaka in the Andijan region of Uzbekistan, a former Soviet republic located in Central Asia.

Output is pegged at 73,600 units a year, with an unspecified number designated for export.

The project will be fully funded by GM Uzbekistan, of which Uzavtosanoat owns a 75% share and GM, 25%.

GM Uzbekistan also is expanding into new markets. In the past most production was sold in Russia and former Soviet Union satellite countries, but in recent years the JV has paid more attention to increasing sales in Middle Eastern markets including Egypt, Algeria, Iran, Saudi Arabia, Kuwait, Qatar, Lebanon, Jordan and the United Arab Emirates as well countries in Central and Southern Africa.