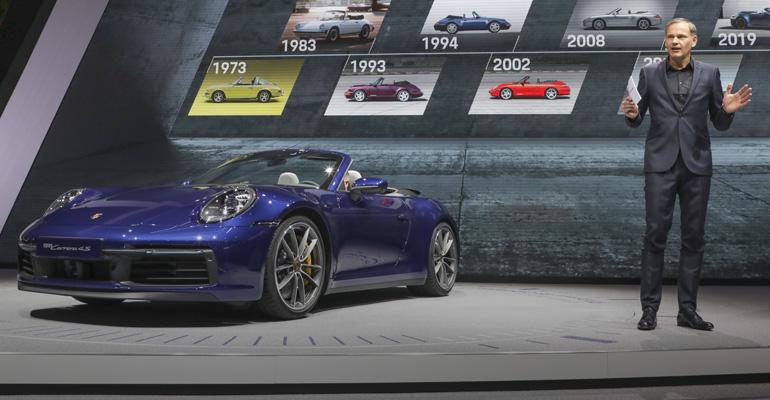 GENEVA – Porsche Chairman Oliver Blume confirms the German car maker has kicked off an in-house product strategy study into a hypercar successor to the 918 Spyder.

The new Porsche flagship, which Blume says could be powered by either a plug-in gasoline-electric hybrid drivetrain or an all-electric propulsion system, is envisaged to be launched by the middle of the next decade as a showcase for the German car maker’s electrified driveline technology.

The new hypercar is planned to fill the void left in the Porsche lineup when the 918 Spyder (below, left) ceased production in 2015 after a production run of 918 units.

Speaking at the 2019 Geneva auto show, Blume says Porsche is readying its entry to the luxury electric car market with the upcoming Taycan and a Taycan Sports Turismo. 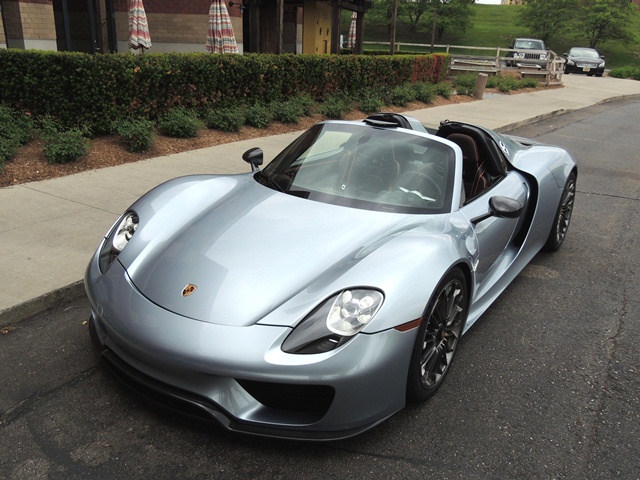 But despite the focus on the electric-powered sedan and crossover-style wagon, he reveals a product-strategy study into a hypercar model boasting cutting-edge solid-state battery technology to challenge the likes of the McLaren P1 and Rimic Concept One.

“In the future, I see a possibility for a hypercar with the next generation of the batteries. It should be a very high performing car. We haven’t decided yet – it’s more in the direction of 2025 or later. That’s what we do in our product strategy,” he says.

Commenting on developments connected with the hypercar study, Blume says Porsche is carefully monitoring progress in the field of solid-state battery technology in cooperation with Stanford University in Silicon Valley.

The cooperation between the two forms part of a $100 million investment by Porsche parent Volkswagen Group into QuantumScape, a solid-state battery start-up spun-off last year by Stanford.

Blume says the hypercar study remains in its infancy. “We haven’t decided yet whether it will be a hybrid or a pure-electric car,” he says. “We are waiting on the evolution of the batteries. We will then decide what’s going on.”

News of Porsche’s plan for a new hypercar comes after Blume confirms Porsche is committed to launching a gas-electric hybrid version of its iconic 911 sports car.

“We will continue with high-performance petrol engines in our sports car for as long as possible. It is true, we are thinking about a hybrid drivetrain for the 911,” Blume says. “The platform is already prepared.”

Porsche has gained expertise into hybrid drivetrains through its motorsport activities, including three victories at the Le Mans 24 Hours sportscar enduro with its 919 Hybrid.

Blume says the hybrid driveline under development has been conceived to be the highest-powered driveline in the 911. He refers to the Panamera S e-Hybrid as an example of what is possible, indicating it uses 60Ah battery technology and develops 680 hp.

“There’s no decision yet whether we will have a plug-in-hybrid, which has more weight but more range, or a solution like that in the 919 Hybrid race car,” he says. “But I think in three or four years we’ll be able to offer a hybrid of some sort in the 911.”