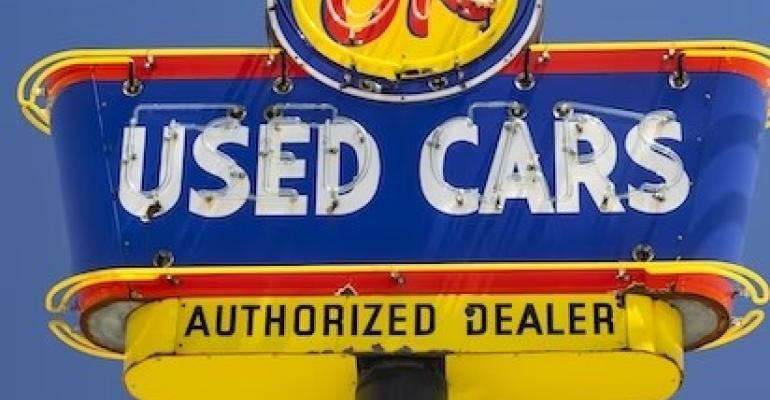 The downward trajectory of wholesale used-vehicle prices is the greatest since the start of the Great Depression, according to Cox Automotive. Yet, demand for those vehicles has not collapsed.

The current downward trajectory of wholesale used-vehicle prices has not been seen since the onset of the recent COVID pandemic and the 1929 start of the Great Depression, says Cox Automotive Chief Economist Jonathan Smoke.

Smoke makes the comments during a recent webinar discussion of the Manheim Used Vehicle Value Index. The numbers for wholesale used-vehicle prices (on a mix, mileage and seasonally adjusted basis) decreased 3% in September from August. This brought the Manheim Used Vehicle Value Index to 204.5, down 0.1% from a year ago. The non-adjusted price change declined 2.1% in September, decreasing it to 2.3% year-over-year.

“2022 has been the year of giving back some of the big 2021 increases when it comes to wholesale used-vehicle values,” says Smoke. “Vehicles are once again depreciating assets. As we look at the cumulative declines this year, we are down significantly and now expect to finish the year down nearly 14% in December.”

In September, Manheim Market Report (MMR) values saw larger-than-normal declines consistent over the month, culminating in a 2.5% total decline in the Three-Year-Old Index over the past four weeks. Smoke notes the tool is designed for maximum stability, giving accurate vehicle valuations regardless of market conditions.
Smoke underscores that spending on vehicles has not collapsed. In fact, retail used-vehicle prices have not seen significant declines and retail demand is stable.

Yet, the rising cost of gasoline, surging interest rates, high inflation and stock-market volatility mean “consumer sentiment is again on the ropes.”

Only three of eight major market segments saw seasonally adjusted prices that were higher year-over-year in September. Compact cars had the most significant increase, at 5.9%, followed by vans and pickups, both of which increased by 0.8%. The remaining five segments’ prices were well below the industry average, with midsize cars only priced minimally lower.

Compared to August, all eight major segments’ performances were down. Fullsize cars lost more than 14%. Pickups and compact cars declined the least, at 1.4% and 2.6%, respectively. The remaining five segments (vans, SUVs, midsize, luxury and sports cars) lost between 3.1% and 5.2%.

“Given that we are back to depreciation, it is more likely that the next few months will also see negative figures; however, we are not anticipating any major declines,” says Chris Frey, senior manager-economic and industry insights, Cox Automotive. “Our expectation is that depreciation over the next three months will be slower and lower than what we’ve just seen this past quarter.”