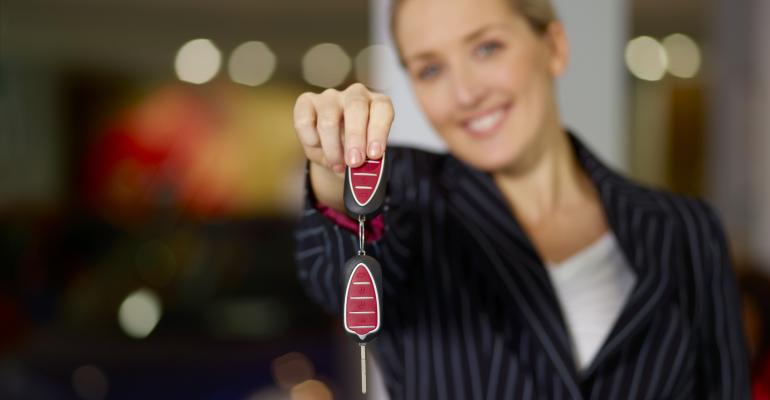 More than 50% of cars sell for higher than the list price. Whether it will continue is anyone’s guess.

As 2022 winds down, retail auto dealers continue to enjoy higher-than-ever profits, some up to 50%, even as inventory shortages persist.

A WardsAuto survey of dealers across the U.S. has found the majority of respondents report meeting (39%), exceeding (30.5%), or far exceeding (9.7%) their revenue/profit objectives during the past 12 months.

But will that trend continue during the next 12 months? Like everything else in this unprecedented auto retail market, it’s difficult to say.

The answer depends on a variety of factors, perhaps none as significant as the actions of the Federal Reserve Board. Cox Automotive’s Chief Economist Jonathan Smoke cites rising interest rates as among the main factors that stalled retail auto sales. Cox Automotive was among the analysis groups that revised the forecasts downward after a disappointing third quarter.

But that doesn’t signal a crisis.

J.D. Power reports modest improvements in dealerships’ inventories that boosted retail sales increases from a year ago. And due to record high sales prices, dealer profits per unit remain healthy, perhaps offsetting the downside of inventory shortages. More than 50% of cars are sold for more than the list price and about half of all vehicles are sold within ten days of reaching dealerships, reports J.D. Power.

“The industry’s financial health is still positive,” says Thomas Kind, president of data and analytics at J.D. Power. “Dealer profit per unit continues to modestly soften from its peak down just more than $500 from a few months ago but still over double of what they were pre-pandemic.”

Yet some potential buyers are shut out of the market due to high-interest rates and banks’ skittishness over high delinquency rates, though default rates remain low, reports Cox. Loans that were 60-plus days delinquent increased 26% from a year ago.

“There’s good reason for the industry to maintain the situation that it has today. Keep inventory tight, stay lean and mean and keep these margins high,” Smoke says. “But rising interest rates may constrain demand enough that discounting may be needed in order to stimulate sales.”

Although Haig Partners does not believe pent-up demand will ease for at least three years, rising auto prices and stagnant wages may prompt some potential buyers to keep their current vehicles.

That’s a boon for many dealerships that provide brakes, tires and various other repairs on these vehicles.

“The fixed operations departments of Honda and other dealerships have been growing faster than the normal rates,” says Haig, noting Honda is one manufacturer that has production issues and shortages. “The lack of new vehicles for purchase is driving higher service and repairs at dealerships.”

Dealers also express concern about the number of new electric vehicles entering the marketplace, fearing they may further sink new car sales. The higher price tags on EVs is only one concern they express, Alan Haig, president of Haig Partners, tells Wards.

“I think dealers are scratching their heads because they’re facing the consumers every day,” he says. “The factories are saying ‘We’re going all in on EVs,’ but dealers are saying ‘That’s not what all the consumers want.’ Maybe some customers can afford and want the EVs, but entry level buyers looking for vehicles priced at $30,000, they have nothing to sell.”

Will that change? Again, it’s difficult to say.