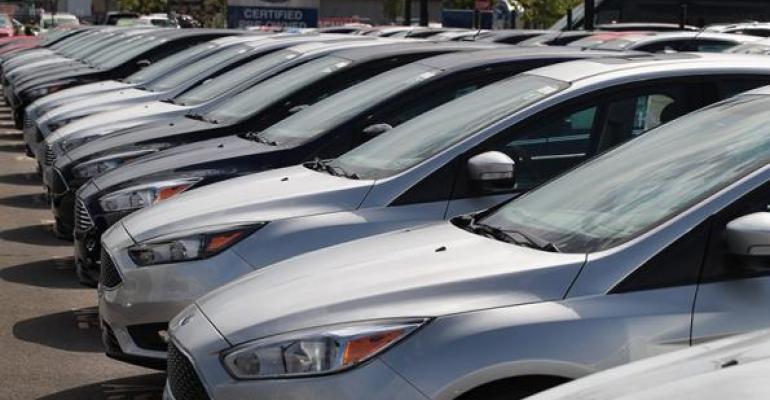 Win at Auto Retailing? Become ‘Student of the Game’

When he was a Nissan North America sales executive, Brian Finkelmeyer felt compelled to visit a Subaru dealer in Morgantown, WV, population 30,000.

“He was outselling our Nissan store 10 to one,” Finkelmeyer recalls. “I thought, ‘I got to meet this guy.’ I asked him how he did it. He said, ‘I’m a student of the game.’”

He meant he always was trying to learn and keep up with what’s going on. It stuck with Finkelmeyer who spent 18 years at Nissan and now is director-conquest for vAuto, a dealership inventory-management software provider.

The auto-retailing game dramatically has changed in recent times. The Internet has seen to that. “Customers are vetting dealers online,” Finkelmeyer tells WardsAuto. “If you don’t have the car they want, they’re not coming, If your pricing is BS, they’re not coming.

“They know exactly what they want. The two biggest drivers are right car and right price.”

One of his vAuto missions is to help dealers de-commoditize their new-car inventories. New vehicles needn’t be the loss leader many of them are if dealers leverage granular market data to stock what’s most in demand right down to color and trim level, he says.

Dealers today face narrowing gross-profit margins and a greater reliance on bonuses from automakers, he says. “Last year, 75% of new-car gross dealers made on their variable operations came from the auto manufacturer.

“What’s troubling is that for dealers, the business is a bit out of their hands. More and more there’s a reliance on the factory. It’s kind of like dealers are employees of the manufacturers.”

In reaction to shrinking profit margins, many dealers have manifested a “sell-more, make-more” mentality, says Finkelmeyer. He’s critical of such thinking. “It’s stack ’em deep, sell ’em cheap. There’s not much sophistication in that. We need to look more inward and figure out how to be more efficient.”

He offers tips for doing that in three areas.

The first is inventory-management optimization.

“On the new-car side, there’s huge opportunity for improvement,” he says. “Pay more attention to how you are managing new-car inventory.

I’m not denying sometimes dealers are pressured by the factory to take inventory. I get it. But it’s not 100%. There’s not a single new car in a dealer’s inventory that he or she didn’t press the button on.”

A second area in which dealers can achieve greater efficiency is in marketing, he says. “In 2015, dealers were spending on average $600 a car on marketing. Last year, it climbed to $640.”

Two-thirds of dealer ad budgets are spent on conventional media –  such as TV, radio and print – and only one third on digital, he says, citing National Automobile Dealers Assn. data. “Yet, where is the customer spending 80% of their time researching their next car purchase? Online.”

Finkelmeyer acknowledges digital marketing can get complicated. “There are so many different things. What’s my Facebook strategy? What’s my search-engine strategy? My third-party listing strategy? I try to be a student of this, and my head sometimes spins. The average car dealer has a million vendors saying, ‘I’ve got a magic bullet for you.’”

There are dealers with sophisticated digital strategies, he notes. “Sometimes it’s a matter of outmaneuvering and being creative rather than spending more money.”

He recommends dealers do a virtual lot walk of their website, on the premise that it gets more customer traffic than the real car lots do. Make sure third-party listings, photos, prices and descriptions are correct.

Staffing is his third cited area in which dealers can increase efficiency, especially with technology allowing car shoppers to do so much online and only visit the dealership to wrap up the deal.

In such cases, “would we really need 12 salespersons or five F&I people in F&I? What are the implications there? I’d rather have four salespeople that made a lot of money rather than 12 in a situation where people don’t make much and aren’t happy.”

Much of the chronic employee turnover at many dealerships (75% annually on average nationwide) is because pay plans are based too much on commissions.

“It’s mindboggling,” Finkelmeyer says. “We talk about there being no new-car gross left, with new cars being loss leaders. So why have a pay plan based on gross? You’re going to pay me 25% of something that doesn’t exist? Come on.

“A dealer told me he was going to start advertising that he doesn’t pay salespeople commissions. It’s kind of a code to customers that we’re not trying to rip you off. I look at the CarMax model that pays a per-hour wage and then a volume bonus.”

Among other things, “that offers more consistency in income.”