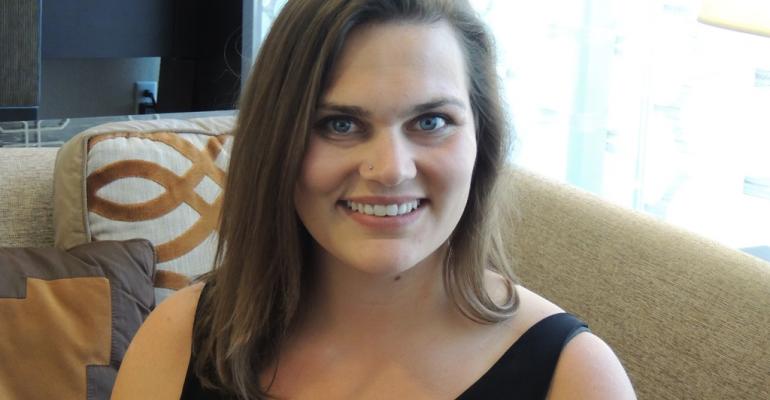 Opinions differ over what will or won&rsquo;t work. Example: &ldquo;Click-to-Buy&rdquo; buttons on some dealership websites.&nbsp;&nbsp;

For years, consumers have used the Internet to shop and research before going to the dealership.

Now, industry people see the day coming soon when technology allows customers to readily do the full transaction – or something close to it – entirely online.

That’s where auto retailing is headed. Just about all the industry players agree on that. But opinions vary as to the details, such as just how many consumers will want to buy a car on the Internet.

Some indeed might want to do it from A to Z. Others might stop at Q, R or S before going offline and into the dealership for in-person assistance and to take the deal over the finish line.

The full measure of an online Amazon-like car deal would include vehicle selection, financing, building a deal, valuing a prospective trade-in, purchasing of F&I products, calculating monthly payments and finally buying the vehicle (although some in-person signatures still would be required).

“There is no one who could debate that the phase we’re in now with the Internet is transactional, as opposed to just shopping and educating before,” says Dale Pollak, founder of vAuto, a provider of inventory-management systems.

“You can see the consumer demographics that many consumers prefer to do that,” especially younger people, he says. “Dealers have to meet that. It’s online, like the rest of the world.”

But there are disagreements over what will or won’t work in the age of online car buying.

For instance, two progressive dealers offer “buy-it-now” buttons on their websites. They are Brian Benstock of Paragon Honda and Acura in New York and Erich K. Gail, CEO of The Cardinale Automotive Group that operates 23 dealerships in California, Arizona and Nevada.

In revamping store websites, they both insisted on features catering to fast-track buyers.

“Touch one button, and anything you want, we’ll take care of you,” Gail says of his website’s customer-friendliness.

Benstock says that when the Paragon’s website revamp was in the works, he thought something was missing. He asked the web designers, “Where’s the ‘buy-it-now’ button?” It’s there now, at his insistence.

But Mark O’Neil, an industry veteran and chief operating officer of Cox Automotive, a 20-brand dealership service provider, says testing indicated few people want to click to immediately buy a high-ticket product such as a vehicle.

“We tested click-to-buy,” O’Neil says. “People hated it. They feared they’d click the button, and they’d be committed to a $30,000 purchase.”

Yet O’Neil, Benstock and Gail agree digital retailing is the way to go. They’re unanimous and all-in on that point.

“We committed fully and totally to digital,” Gail says. “It is ingrained in our culture.”

Says O’Neil: “Digital retailing is coming fast and furious. We’ve heard a lot of, ‘They’re not going to buy cars virtually.’ I can tell you they will, with the right technology.”

A study commissioned by the National Automobile Dealers Assn. indicates a certain segment of consumers, but not a majority, will want to do all or most car buying online.

Michael Glassman of the Glassman Auto Group in Southfield, MI, says it’s an option some people will exercise, and some won’t.

“An online car purchase will be one way of doing it, but not the only way,” he says. “People buy a lot of drugstore items from Amazon, yet they still go to the drugstore.”

The power of the Internet has transformed automotive e-retailing more than once over the years.

“Around 2003 is when you saw a big digital boom in auto retailing,” says Jarrod Kilway, director-digital strategies and solutions for the Germain Automotive Partnerships with stores in Ohio and Florida.

“I got involved in helping to build and upgrade websites and building an Internet process for handling customers,” says Kilway, who as a college student in Akron, OH, earned money fixing computers for dealerships.

He recalls a time when some dealers “had never heard of CRM (customer-relationship-management software).

Among other things, CRM systems record customer contacts and where shoppers are in the buying process. Used correctly, the automated system can speed things up.

“If you advertise having a process that lets customers buy a car in 60 minutes, but then not having the digital ability to achieve that, it’s a consumer disconnect,” Kilway says. “You’re in left field if the customer online essentially is saying, ‘Here’s my credit information, here’s my trade, this is what I want to do,’ and the first e-mail from the dealership says, ‘Thank you for your inquiry.’”

Dealers should cultivate their use of texting because it has become a major form of communication, says Erica Dantzer, CRM manager for AutoCanada, a coast-to-coast dealership group.

Her “dream” improvement to CRM systems would allow dealership staffers to more easily use it in conjunction with texting customers.

“Texting is huge,” Dantzer says. “It’s convenient and quick. And people respond to text messages fast. I might have missed three phone calls that I’ll get around to returning, but if I get three text messages, I’ll answer them right away.”

Katie Bowman Coleman became dealer principal of John Bowman Chevrolet (named for her father) in 2011. She began working for him at the Clarkston, MI, store in 1993.

“The dealership embraced the Internet early, but there were some battles I had with my dad about that,” she says. “He didn’t think the Internet would become as strong as it became for auto retailing.”

Today, the dealership closes an impressive 34% of its Internet-initiated leads, Coleman says. Among the innovations she has implemented is a co-browsing function. “So, if the customer wants, we can see and help them navigate our website. It is as if they’re in front of you.”

Today, dealers know a more robust form of digital auto retailing is in the works, “but a lot of them don’t know what it means to them,” he says. “The biggest fear is loss of control, which means loss of profitability. Well, all of the early indications point to higher profitability.”

If dealers cede some control to customers by, among other things, allowing them to structure a deal online, “they’re happier, and happier customers represent more profit for dealers,” Burgiss says.

He advocates using technology to expedite sales, but stresses the human factor in car selling isn’t going away.

“The car business fundamentally is a relationship business,” Burgiss says. “It’s not a checkout-counter business. It’s not a question of buying a car from the computer or the dealer in the future. You are buying from the dealer through the computer. That’s the mindset.”

For a dealership, making an early digital human connection is powerful, says Alex Vetter, CEO of Cars.com, an automotive marketplace. “If (dealership) people develop that relationship, it increases the likelihood of someone visiting the store, and those people represent the highest-quality leads.”

Many dealers still view third-party sites such as Cars.com “as the enemy,” Vetter says. “The reality is we are an efficient distribution system for dealerships. Clearly, many dealers see digital as the most efficient means to acquire customers and sales. But not all dealerships have embraced that reality.”

Blind Digital Developer Dale Pollak Tells How He Does It
Feb 29, 2016