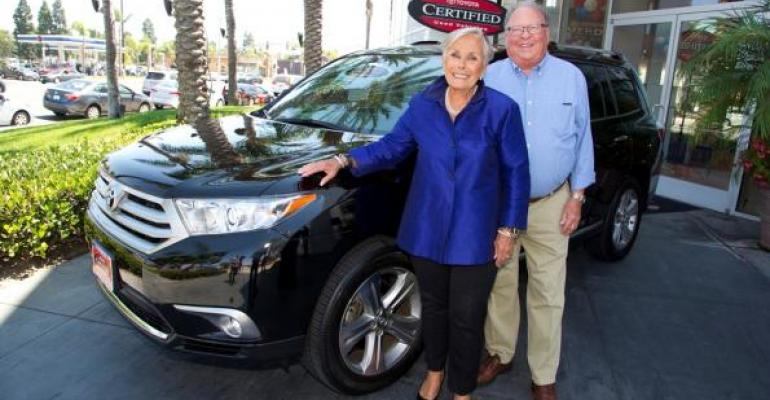 Waves of off-lease vehicles keep on rolling into dealer used-car lots, but the product mix returning this year and next will present stiff competition to the new-car market, says Charlie Chesbrough, Cox Automotive’s senior economist.

That’s because the returning off-lease vehicles will contain a hefty share of CUVs, SUVs and pickup trucks – “the products consumers are most interested in,” he says.

As batches of formerly leased utility vehicles and pickups descend on the used-vehicle market, they will threaten new-car segments and “provide a viable alternative for some car shoppers,” Chesbrough says in the 2018 Cox Automotive Used Car Market Report & Outlook.

Returnees won’t be stripped-down base models, he says, adding that many will contain touchscreens, Bluetooth connectivity “and other key features consumers crave.”

Some consumers, typically because of wherewithal, will only buy new vehicles. People on stricter budgets can only afford lower-end new-vehicle segments, but still want a CUV, he says.

The makeup of this year’s returning off-lease vehicles – pegged at 3.9 million – may change the ownership calculation for certain buyers on the fence, Chesbrough says. “Priced similarly, do consumers buy a new small car or a ‘gently used’ 3-year-old CUV?”

Off-lease offerings typically are sold as certified pre-owned vehicles that undergo inspections and come with warranties. Every major automaker has a CPO program.

Used-vehicle sales tallied nearly 39.3 million last year, up 1.8% from 2016. Cox predicts they will increase to 39.5 million this year. The company expects new-vehicle deliveries will drop to 16.7 million in 2018 compared with 17.1 million in 2017. Of the new-vehicles sold last year, about two-thirds were CUVs, SUVs and pickups.

“To understand new-vehicle sales, you need to understand the used market,” says Jonathan Smoke, Cox’s chief economist, referring to the interrelationship between the two.

Most of today’s consumers shop for both new and used vehicles. That wasn’t the case years ago when used vehicles often came with serious reliability issues and shorter lifespans.

Best-in-class dealership used-car departments “are making money because they are stocking the right vehicle at the right price,” Smoke says at a press conference. “It’s a very dynamic marketplace.”