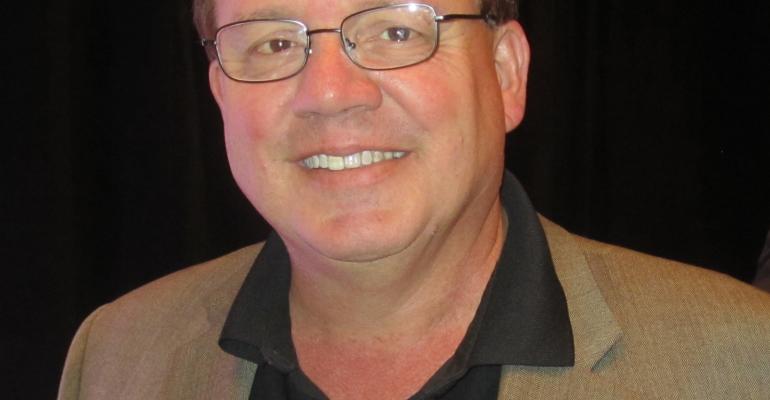 In a perfect world for dealers, all Internet leads would be in-house. Welcome to the real world.

LAS VEGAS – It’s not third-party Internet lead providers that irk Eric Jillard, general manager-marketing services for Mercedes-Benz USA. It’s some of the fourth and fifth tiers he worries about.

That’s because they’ve been known to drum up business by using language the nation’s No.1 luxury brand deems as inappropriate.

“We offer dealers bonus and reward programs, but ask them not to use terms like “close-out sale” or “priced under invoice in their ads.”

However some dealers have called out the automaker for inadvertently providing them leads from companies that use questionable terminology.

“Dealers said, ‘You don’t like it, but then you take leads from people using words like “blowout sale” and sell those leads to us,” Jillard says at the 2014 J.D. Power Automotive Marketing Roundtable here. “So we’ve blocked off sources using that aggressive language.”

It’s an example of the sometimes murky waters from which Internet leads flow.

Big third-party lead providers such as AutoTrader.com and Cars.com are like mighty rivers flowing into the seas of auto retailing. But some of the tributaries feeding into the rivers contain questionable water quality.

It leads to tense relations when dealers complain some of the leads they buy are lousy and from questionable sources. A dealership Internet manager recalls a phone conversation with someone who submitted a lead to nowhere: “The guy said he only submitted it because the website offered a chance to win an iPad.”

Not that some dealers haven’t tried to go it alone. AutoNation, the largest dealership chain in the U.S., this year began trying harder to cultivate its own leads so it depends less on lead aggregators. That effort is by order of CEO Mike Jackson, who says in-house leads also allow AutoNation to enhance its brand identity.

But 16 months ago, another megadealer, CarMax, tried to go it alone. It stopped using AutoTrader and Cars.com leads. That experiment just ended, with CarMax reestablishing ties to those companies.

Third-party automotive websites remain popular because many consumers consider them just that – third parties offering independent reviews, ratings and other content not necessarily found on dealer or automaker websites.

But all leads are not created equal. They differ in quality, says panelist Wayne Ussery, director-digital marketing for the Atlanta-based Jim Ellis Automotive Dealerships, No.2 on the WardsAuto e-Dealer 100.

The 14-store group generates some leads on its own, and buys others from outside sources.

“We work all leads and spend a lot of time measuring if they’re good and if they produce activity that produces sales,” Ussery says. “We have a full-time analyst who weekly looks at traffic-to-sale.”

“Many shoppers just don’t want to fill out forms,” Evans tells WardsAuto. “They want to click right to the dealer inventory.”

Adds Jillard, “We’ve taught consumers not to fill out forms and send them to dealers.”

If traditional Internet leads have lost some of their popularity, they aren’t moribund. “They’re not dead, they still generate traffic,” Ussery says, adding that with the growing use of smartphones and their click-to-call feature, Ellis is getting more phone leads.

“But there isn’t a silver bullet,” he says. “I’ve been looking for that for a long time.”

Whether Fearfully or Fearlessly, Dealers Face New World
May 02, 2014