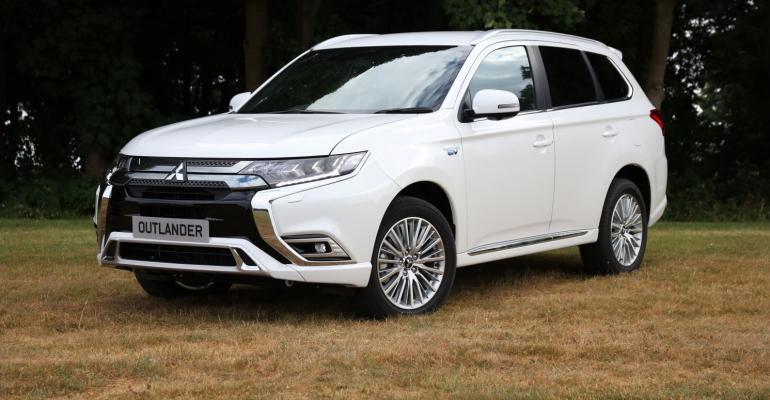 Mitsubishi says with only about 1% of U.K. new-car buyers opting for EVs, the government risks missing numerous environmental targets, not least its goal of having half of all new cars classified as ultra-low-emissions vehicles by 2030.

In a polite but firm criticism of the British government, Mitsubishi U.K. says Westminster could significantly advance its Road to Zero emissions ambitions by rewarding drivers who switch to the latest generation of plug-in hybrid-electric vehicles (PHEVs).

“While few doubt that the future of motoring involves EVs, not enough is being done to build consumer confidence and acceptance in the short term,” a Mitsubishi statement says.

Mitsubishi says the government has turned its back on PHEV technology because of misconceptions about what motivates people to buy them.

Mitsubishi says with only about 1% of U.K. new-car buyers opting for EVs, the government risks missing numerous environmental targets, not least its goal of having half of all new cars classified as ultra-low-emissions vehicles by 2030.

To prove its point, the automaker says a survey of drivers of the U.K.’s best-selling PHEV, the Mitsubishi Outlander, shows half the average weekly mileage driven in their vehicles is in electric-only mode.

The survey by market research Kadence International for Mitsubishi revealed that while Outlander PHEV owners’ average weekly mileage was 179.2 miles (289 km), an average of 90.6 miles (146 km) sees the car being propelled only by its batteries and electric motors.

“Plug-in hybrid vehicles have an additional benefit in that they help familiarize consumers with EVs, providing the perfect segue to a pure-electric future,” the Mitsubishi statement says.

The survey finds 25% of current Outlander PHEV owners surveyed are most likely to consider a BEV for their next purchase.

The survey showed fuel economy was among the most important deciding factors for 86% of Outlander PHEV owners, closely followed by running costs for 85% of drivers and environmental friendliness for 81%.

To realize substantial savings, owners need to regularly plug in their PHEVs, and 90% of Mitsubishi Outlander PHEV owners surveyed said they charge their vehicles at least two to three times a week, with 68% charging every day.

Mitsubishi U.K. is calling on the government to incentivize private buyers to make the first step away from pure gasoline or diesel power by lowering running costs and rolling out more on-street and residential charging for people without driveways.