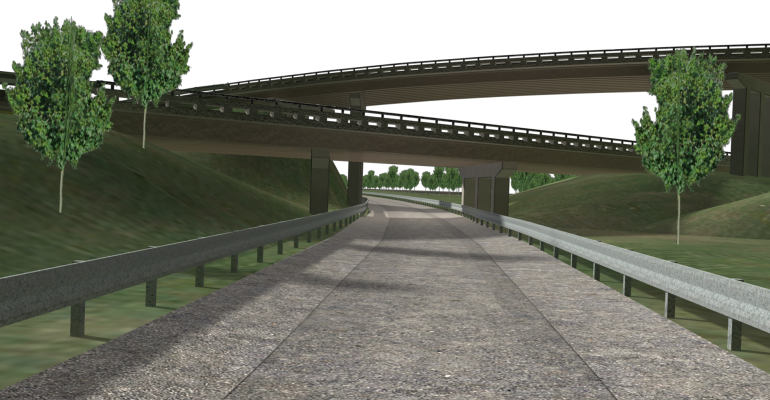 Toyota announces a $5 million contribution to the American Center for Mobility in Michigan. The proving ground is expected to open this fall to provide real-world testing of connected and autonomous vehicles.

TRAVERSE CITY, MI – Toyota today becomes the first global automaker to back up its symbolic support of the American Center for Mobility with a $5 million financial contribution to aid the development of an autonomous-vehicle testing facility in Southeast Michigan.

The Founder-level grant from Toyota Motor North America and the Japanese automaker’s Ann Arbor, MI-based Toyota Research Institute makes the company a member of a government-industry team supporting ACM’s initiative to create a large-scale proving ground in Ypsilanti Township, MI, for testing connected and autonomous vehicles in a wide variety of driving situations and in adverse weather conditions.

“As we move forward with the development of autonomous cars, we must remember that not all test miles are created equal,” says Gill Pratt, CEO-Toyota Research Institute. “The road to creating a car as safe, or safer, than a human driver will require billions of test miles including simulation, real-world driving on public roads and closed-course testing where we can expose our systems to extreme circumstances and conditions.

“The new ACM closed-course facility is a significant step forward in this journey and will accelerate our ability to help prevent crashes and save lives.”

The 335-acre (136-ha) test track and campus is being built in three phases, starting with $20 million in state of Michigan funding, but is designed to draw dollars from automakers and suppliers looking to test emerging mobility technology. The facility is expected to open for business this fall, says organization President and CEO John Maddox.

Maddox tells attendees at the Center for Automotive Research Management Briefing Seminars here that $91 million of the estimated $110 million needed to complete all three phases of the project is in place.

“We’re very bullish on our ability to get this done,” Maddox says.

ACM, a partnership of the Michigan Department of Transportation, Michigan Economic Development Corp., the University of Michigan and a handful of other organizations, says it has received 45 letters of support from automakers, suppliers and researchers.

The proving ground will be constructed on the site of Ford’s Willow Run factory that made B-24 bombers during World War II and became one of the symbols of U.S. industrial might, or what President Roosevelt labeled the Arsenal of Democracy. It later manufactured powertrains for General Motors.

Snyder: Michigan Has Jump on Autonomy, But Willing to Share
Jan 10, 2017