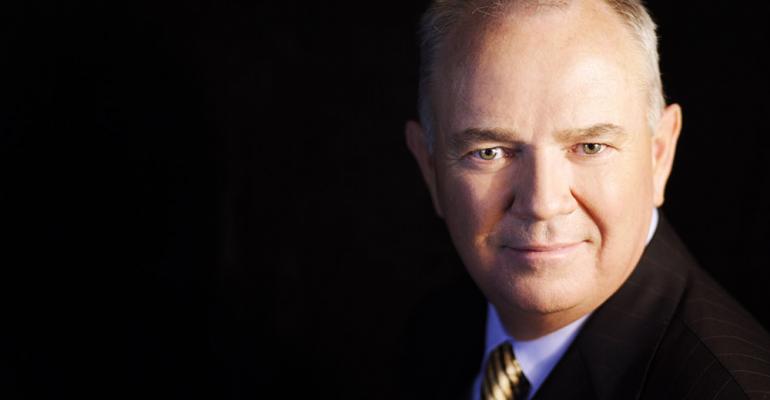 AutoNation CEO No Longer Worried About 2014

The country&rsquo;s largest dealership chain is enjoying brisk sales after a brutal winter.

NEW YORK – When AutoNation’s Mike Jackson talks about the weather, it’s not chitchat. Instead, it’s about how it affects auto sales.

WardsAuto caught up with the CEO of the country’s largest dealership chain at an industry event here on a warm spring day.

WardsAuto: How’s it going so far this year?

Jackson: The epic winter of 2014 is over. I’ve never seen a winter so disruptive to auto sales. What’s significant is the last seven days of March, when the weather improved. Business was phenomenal.

My forecast for the year is the industry will break 16 million in sales. But prior to late March, I was starting to get a little worried.

WardsAuto: Your company rebranded most of its stores, dropping various local names and replacing them under a single name, AutoNation. What’s that project’s progress report?

Jackson: Fantastic. A year ago, we launched it coast to coast.  Since then, we’ve set four all-time record quarters in a row. It’s been accepted by our customers. Our associates love it. Now, we just build it year after year.

WardsAuto: Was there any fear customers would push back against a national-branded dealership?

Jackson: You always have those concerns. We were confident we had it figured out or we wouldn’t have done it. But we were walking away from local-market names, some of which had been around for 100 years. So, yeah, there was some trepidation. It was a calculated risk, but we took it.

Jackson: In 2013, we acquired an additional $1 billion per year in revenue from both stuff we bought and greenfield sites we were awarded.

WardsAuto: But you guys aren’t necessarily in an acquisition mode of buying more dealerships beyond the 228 you already have?

Jackson: You never know. It has to be the right location, right price, a willing seller. But when you talk to me a year from now, we’ll have done some acquisitions.

WardsAuto: Is there still a place for small dealers in this country, the ones selling just a few hundred vehicles a year compared with AutoNation selling nearly 500,000 new and used units?

Jackson: There are metro markets and there’s rural America, and smaller dealerships definitely have a place there. They’re a real asset to the manufacturers.

WardsAuto: So even though megadealers have economies of scale, smaller dealers still are relevant?

Jackson: Of course. Public dealers are, what, 8% of the business today? And they’re primarily in metro markets. There’s definitely a role for the independent entrepreneur in this business. It’s open-ended.