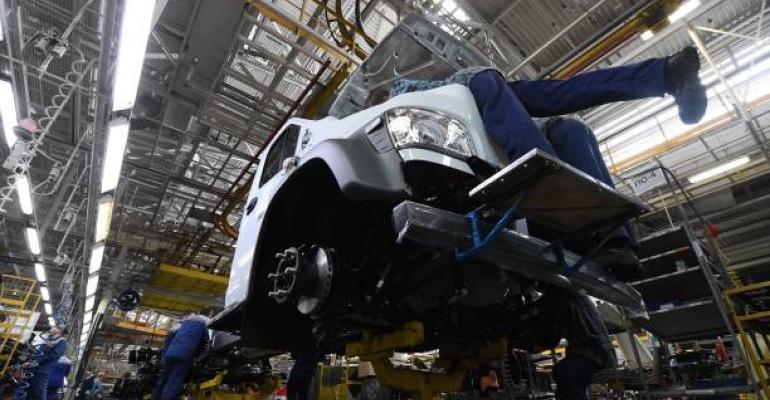 Unlike previous strategies, which paid particular attention to support for existing assembly plants, the new strategy focuses on the production of materials and components, which are described as “foundations” of the industry.

Russia’s automotive industry, responding to increased global isolation as the war with Ukraine continues, unveils an ambitious plan to further localize production including an update of a V-8 engine dating back half a century.

Domestic automaker Sollers, a one-time joint venture partner of Ford, will build new versions of two 4.7L V-8s introduced in 1963: the 124-hp gasoline ZMZ-523 and the 138-hp gasoline-propane ZMZ-524. Both will be manufactured at Sollers’ Zavolzhsky Motor Plant in Ulyanovsk in east-central Russia.

The two engines are modernized versions of the ZMZ-53 engine that went into production in 1963 in the then-Soviet Union. Over 58 years of assembly, more than 6.5 million engines were produced.

Revived production of the Soviet automotive engine is part of the Strategy for the Development of the Automotive Industry in Russia until 2035, which was signed Jan. 9 by Prime Minister Mikhail Mishustin.

Unlike previous strategies, which paid particular attention to support for existing assembly plants, the new strategy focuses on the production of materials and components, which are described as “foundations” of the industry.

The plan also calls for development of a “highly localized car” (up to 80% domestic content) scheduled for commercial production in 2025.

Russia’s auto industry is experiencing a severe shortage of components and auto parts after being virtually cut off from the West. Domestic production is unable to meet local needs, while supplies from the Asia Pacific region are insufficient due to expensive logistics and long delivery times.

The new government strategy budgets up to RR300 billion ($4.4 billion) to accelerate the localization of components from 2023-2025 and RR26 billion ($378 million) annually to stimulate demand for automotive products. Part of the funds may be invested in R&D, but as in the past, that is not expected to be a priority for the industry.

Prior to Russia’s February 2022 invasion of Ukraine, automotive was one of the largest industrial sectors of the Russian economy with over 300,000 people being directly employed and another 2.5 million working in related industries. Overall federal tax payments for 2016-2021 amounted to RR861 billion ($12.5 billion).

The market contracted rapidly following the invasion. Sales of new light vehicles in Russia through the first 11 months of 2022 totaled 598,886, a 60.7% decline from 1,525,805 a year earlier, according to Wards Intelligence data.

LV production, meanwhile, amounted to no more than 600,000 units in 2022, down 40% from 1.5 million in 2021, Deputy Prime Minister Denis Manturov, the state official responsible for the development of Russia’s automotive sector, has said.

Russian analysts expect 2023 domestic LV sales to increase about 20% compared with 2022, but the final result will depend on supplies, which currently are much lower than demand. Increased imports and new assembly projects are expected to contribute to the market’s recovery.

In 2022, almost 50 foreign auto brands suspended sales in Russia. The withdrawal of South Korean brands Hyundai and Kia, which offered the widest range of cars in the market, drastically reduced the size of the mass market. Dealers now are placing their hopes on compact vehicles from China. Supplies are relatively low, but the Russian auto dealers group predicts Chinese brands will hold a 70% share of the market in coming years. 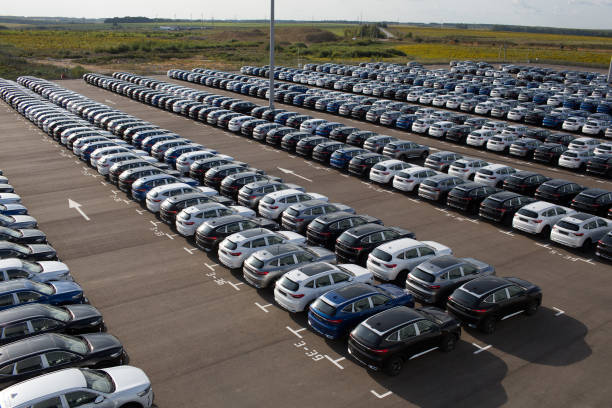 Completed Haval F7 CUVs outside Great Wall Motor Co. plant near Tula, Russia. Great Wall and other Chinese automakers are expected to help compensate for Western companies’ withdrawal from Russia due to sanctions over the war with Ukraine.