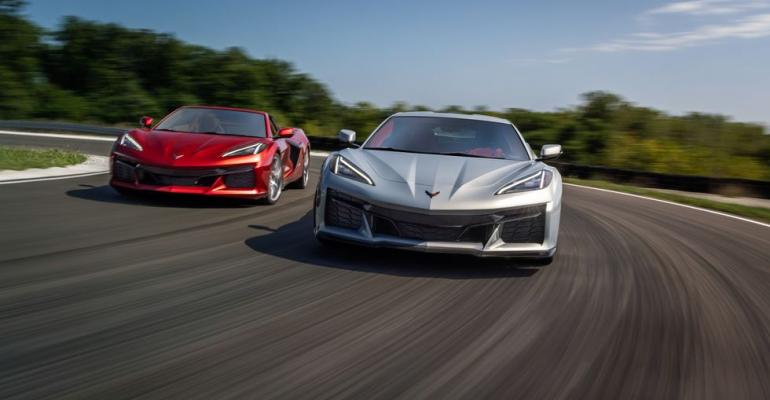 General Motors has made it clear that it is turning its focus away from combustion engines, saying it “aspires” to only sell electric vehicles by 2035 and be fully carbon neutral by 2040.

But you wouldn’t know that mission exists today as the company introduces another update to the Corvette. The ’23 Chevrolet Corvette Z06 will be powered by a new 5.5L LT6 flat-plane-crankshaft V-8 featuring the first dual-overhead-cam architecture ever used in General Motors’ decades-old small-block engine.

The LT6 produces a whopping 670 hp and Chevy calls it “the highest horsepower, naturally aspirated V-8 to hit the market in any production car, ever.”

In the reveal video for the new Z06, available now on the Chevrolet website, (https://www.chevrolet.com/z06), much time is spent loving on the new engine. The small-block V-8 is paired with an eight-speed dual-clutch transmission with a 5.56:1 final drive ratio. The active split intake manifold has two 87-mm (3.4-in.) throttle bodies, there are forged aluminum pistons and titanium connecting rods and an all-new dual-overhead-camshaft cylinder head design.

GM managed to work on the new Z06 basically in public for the past two years because it shares a chassis with Corvette Racing’s C8.R, which started competing in 2020. The two models also have similar engine architecture and exterior proportions. 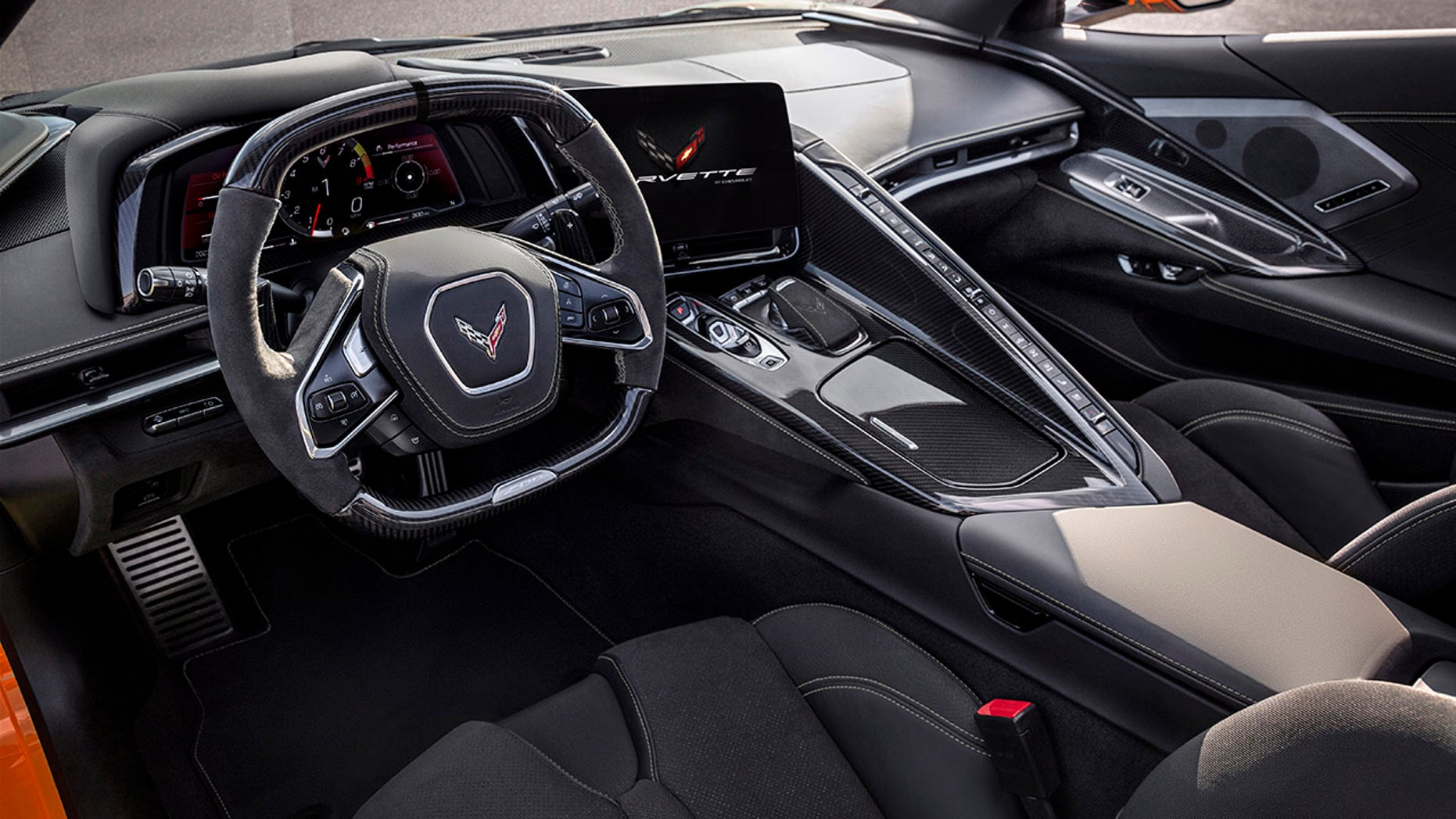 If you’re the kind of person who loves the idea of a track car you can drive on the road, which is how GM is positioning this new Corvette, then the news about all that horsepower and the fact that the new Z06 has an 8,600-rpm redline and is able to produce 460 lb.-ft. (623 Nm) of torque at 6,300 rpm should attract your attention.

The design attracts the eyes as well, but now in a way that is universally appealing. It was the same story with the first production mid-engine Corvette Stingray C8 that debuted two years ago and upon which the Z06 is based. While the Z06’s stance is 3.6 ins. (91 mm) wider than the Stingray’s, the Z06 is unquestionably aerodynamic, with a giant, standard reconfigurable rear spoiler acting like an exclamation point to the car’s various air intakes and styling lines.

The Z06 also offers customization options galore, including 12 different exterior colors, seven wheel packages (20-in. front and 21-in. rear forged-aluminum “spider” wheels are standard), seven interior colors, three kinds of seats, six brake caliper colors and more. If you don’t like the aerodynamics of the standard model, with its front splitter and unique rear spoiler, you can instead get an available carbon fiber aero package that comes with a larger front splitter and a pedestal-mounted rear wing, among other track-enhancing options.

Unsurprisingly for a gas-powered performance car, GM allowed its engineers to spend two years crafting a “distinctive, rich exhaust tone unlike anything ever heard from a Corvette.” While the sound level at the tailpipe (pictured, below) is about the same as the one on the Stingray, GM vehicle-performance manager Alex MacDonald tells Car and Driver there are “reverse trumpets” in the exhaust tips to redirect some of the sound into the cabin, with the help of a redesigned rear fascia. 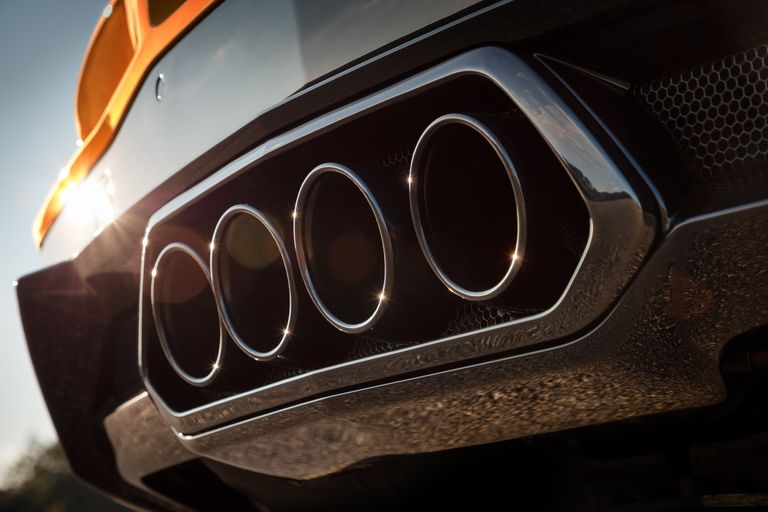 More horsepower isn’t the only thing the new Z06 will be capable of. GM is getting ready to compete with performance automakers around the world, making the Z06 available as a global supercar with left- or right-hand drive. Buyers will also be able to get the Z06 with an available Z07 performance package for more track capability, one that offers more downforce than any other Corvette GM has ever made: 734 lbs. (333 kg) at 186 mph (299 km/h).

To handle the power in the Z06, GM has made Magnetic Selective Ride Control 4.0 a standard feature. This mode can be adjusted more than a dozen ways to maximize comfort or track performance, including launch control, active handling, traction control, performance traction management and an electronic limited slip differential. 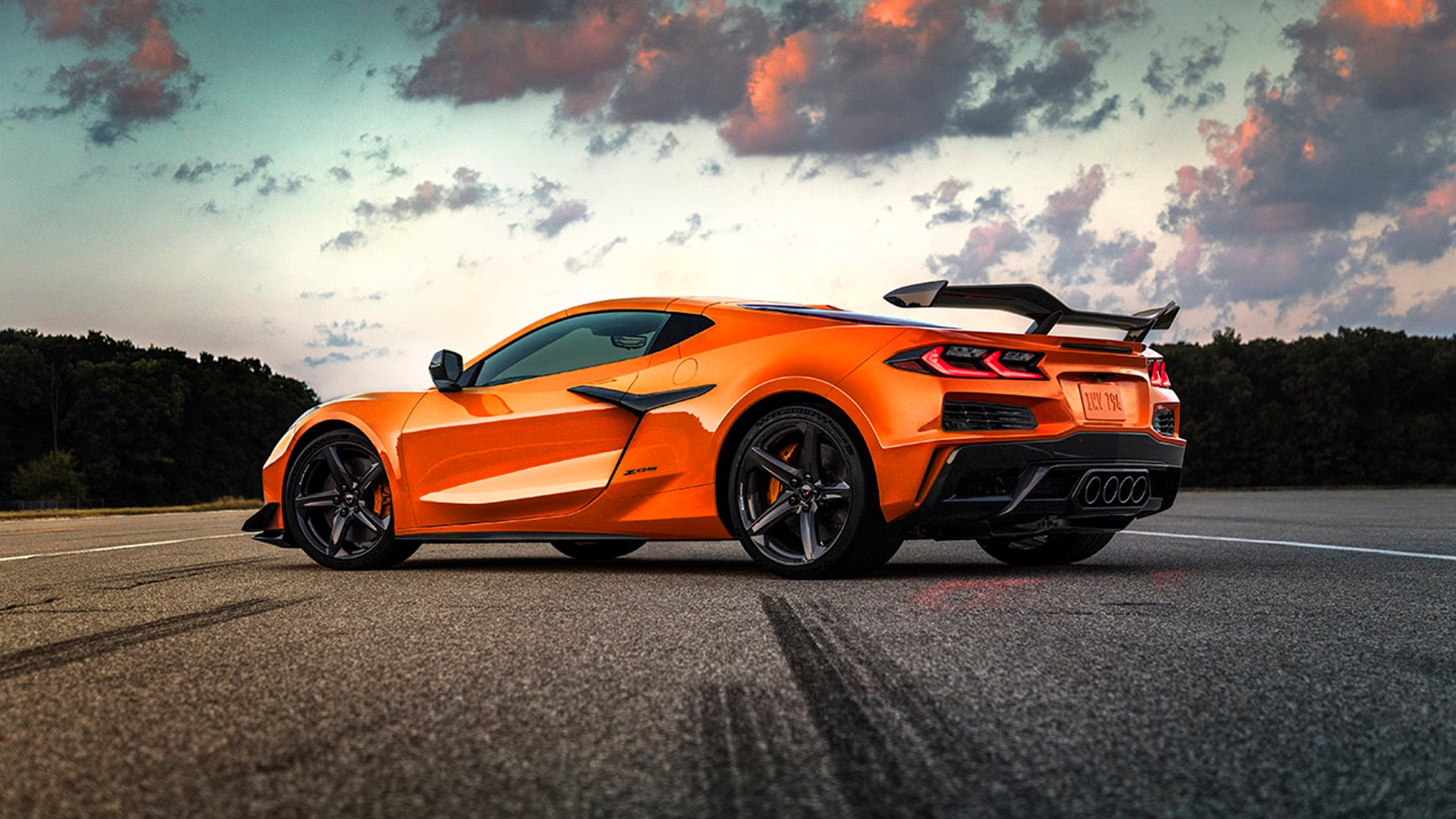