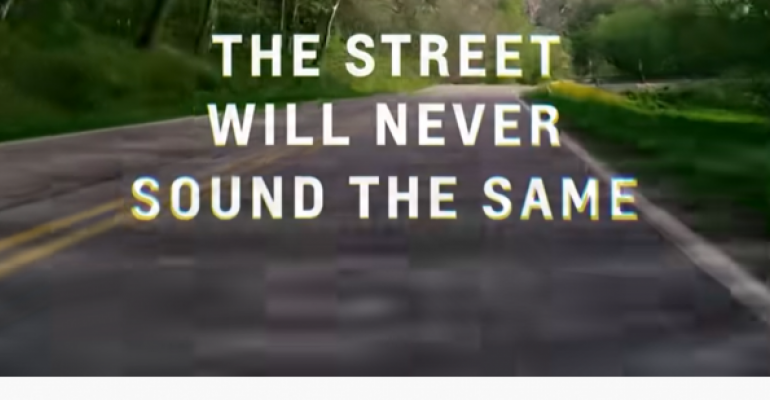 General Motors
Snippet from promo video for Chevrolet Corvette Z06, to be revealed this fall.
Vehicles>Powertrain

There are strong, telling signs that the Detroit automaker is working quietly on big changes for the small-block V-8, even while voicing ambitious goals for an all-electric future.

When copywriter Jerry Burton coined Chevrolet’s iconic “Heartbeat of America” jingle 40 years ago, he had no idea if his catchphrase would endure.

Now that Chevy has teased us with the 2023 Corvette Z06’s soundtrack, it’s time to visit our reference library to identify where General Motors’ seemingly immortal small-block V-8 might be heading.

Launched in 1954, GM’s small-block V-8 has powered generations of muscle cars, trucks and SUVs, with more than 100 million engines produced. The V-8 has been refined, supercharged and upgraded with new technology (such as cylinder deactivation and direct injection) over the years, but certain elements, such as the cam-in-block overhead valve architecture, have never changed.

But there are strong, telling signs that the Detroit automaker is working quietly on big changes for the small-block, even while voicing ambitious goals for an all-electric future.

Last year, Chevrolet launched a V-8 to race Corvette C8Rs in the IMSA WeatherTech SportsCar series. Except for its 5.5L displacement, few details regarding this engine have been released for “competitive” reasons, according to GM.

With an exhilarating exhaust note, this sounds like a V-8 with a flat-plane-crankshaft topped with overhead camshafts and four valves per cylinder. Thus far the Corvette C8R (pictured below) has earned seven GTLM class victories in 13 outings. This weekend, it runs at LeMans.

Applying trickle-down theory, what GM has learned racing the C8R is instrumental to the development of the 2023 Corvette Z06 and subsequent production engines. We predict an output topping 600 hp at 8,000 rpm and a muscular 450 lb.-ft. (610 Nm) of torque at 6,000 rpm from a naturally aspirated 5.5L DOHC V-8 to be coded LT6.

To date, GM engineers have only admitted to the challenges of perfecting cars powered by “shaky” engines. Mounting systems must be carefully developed to isolate crankshaft vibration from the cockpit. There have been instances of electrical connections failing under such duress. Every fastener and mounting bracket must be scrutinized for this tougher assignment.

To better understand the evolution of flat-plane crankshafts, it’s worth reviewing the development of a 5.1L V-8 that used one in 1915 for the Cadillac Type 51.

This arrangement allowed manufacturing crankshafts from a flat billet with one cylinder in each bank linked to each connecting rod journal. That was expeditious but ultimately problematic because the universally despised 4-cyl. shaking was doubled. These shakes occurred in the horizontal plane versus the 4-cyl.’s vertical plane.

Charles ‘Boss’ Kettering, who became GM’s head of research in 1921, was not enamored with Cadillac’s V-8. To motivate his engineers he inquired, “Why does the Cadillac V-8, in spite of weighing of reciprocating parts and careful balancing of the crankshaft, have this annoying rough period?” The shaking peaked at 2,000 rpm, which corresponded to a road speed of 45 mph (72 km/h).

Roland Hutchinson, a mathematician employed at GM’s research lab, was assigned the task of answering Kettering’s challenge. Fortunately, ample materials existed a century ago to explain the V-8’s shortcomings.

Archibald Sharp’s Balancing of Engines textbook identified the best solution. Instead of locating all the crankshaft’s connecting rod journals in one plane, they needed to be twisted 90 degrees apart.

As before, there were four crank throws with one connecting rod per bank sharing each journal. Cylinder banks spaced at a 90-degree angle facilitated one power stroke every 90 degrees of crankshaft rotation.

These “cross-plane” cranks were harder to manufacture. But with proper counterweighting, GM’s new V-8 had perfect primary and secondary balance. In the fall of 1923, Cadillac introduced its new V-63 with 11 updated body styles, four-wheel brakes and the much smoother V-8 providing 83 hp. Clutch and driveshaft assemblies also were balanced to quell the last bit of powertrain shake.

The engineering community applauded Cadillac’s achievement, which resulted in the quick spread of cross-plane crankshafts into practically every V-8 built in America and abroad. That is, except in motorsports where tiny increments of power and weight make the difference between winning and losing.

What racing V-8 designers found in the 1960s was that cross-plane crankshafts reduced the space between firing intervals in each bank of cylinders from the preferred 180 degrees to only 90 degrees at times.

Even spacing allows the exhaust gases from one cylinder to expedite the flow out of another cylinder on the same bank when the two share a common exhaust manifold – a phenomenon known as scavenging.

Extreme measures, such as configuring the cylinder heads with exhaust ports toward the inside of the V – known as a hot-V design – were occasionally adopted to resolve this issue.

The expeditious approach was reviving the seemingly antiquated flat-plane crankshaft which yields 180-degree exhaust-pulse spacing in both cylinder banks, not to mention a notably lighter crankshaft with less rotating inertia. The increased vibration wasn’t an issue as long as mounting systems and accessory gear were durably engineered.

Inevitably, flat-plane cranks migrated from racing to road cars, most notably at Ferrari, Lotus, McLaren and Porsche. What these V-8s lacked in Jerry Burton-esque heartbeat, they more than made up in banshee-esque scream. The European engines’ smaller piston displacement made the resulting vibration less of an issue than in larger Cadillac and Chevrolet V-8s.

Ford stepped to the plate with its 5.2L DOHC 32-valve Voodoo V-8 fitted to 2016-2020 Shelby GT350s. Delivering a stunning 526 hp at 7,500 rpm and revving to 8,250 rpm, this flat-crank engine transformed the lowly Mustang into a blue-collar Ferrari. The downside was that revving the Voodoo to the redline in neutral would rattle fillings from your teeth.

GM took the more deliberate route. The Gen III small block V-8 introduced for the 1997 Corvette brought a revised firing order which trimmed the pair of cylinders in the same bank firing only 90 degrees apart from two to one. This improved both intake and exhaust volumetric efficiency. Reviewers praised the output gains while griping about the less evocative exhaust note.

Today, Chevy’s Heartbeat and its small-block V-8 are evolving to meet some steep challenges. The Jerry Burtons of the advertising world definitely have their work cut out capturing the Z06’s soundtrack in simple yet memorable terms.