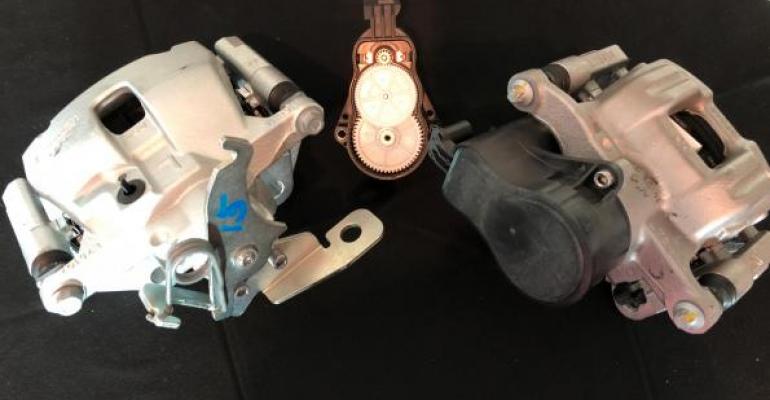 The progression toward autonomous vehicles will require use of electronic, by-wire braking systems that supplier Chassis Brakes International is gearing up to deliver.

DETROIT – A Dutch company with 90-year-old roots in the automotive braking business is growing its North American presence and says its future lies in supplying by-wire brake systems to enable autonomous vehicles arriving in volume in 2025 and beyond.

Chassis Brakes International, a spin off from Bosch that traces its origins to Bendix in the 1920s, announced plans in January to begin production this summer at its new 100,000-sq.-ft. (9,290-sq.-m) plant in Queretaro, Mexico.

By 2020, the plant is expected to supply up to 8,500 brake calipers per day to support production of vehicles built in Mexico and the U.S. The plant size can be doubled depending on demand.

All that current business is important as Chassis Brakes International invests in future Smart Brake technology that Dennis Berry, president-Americas, predicts will be necessary for the safe and predictable operation of coming autonomous vehicles.

“We see the evolution of brakes from a mechanical device to an electronic device,” Berry says.

Smart Brake is an electro-mechanical, by-wire system that simplifies stopping by shifting electronic brake controls – the computer “brains” – directly to each wheel, eliminating the need for a master brake cylinder, hydraulic fluid and lines and related power-brake vacuum support.

Berry says Smart Brake saves weight and complexity while enabling independent braking at each wheel to assist in steering future autonomous vehicles. Electronic stability control braking also could be handled at each wheel and with each brake operating independently, the system assures ample redundancy should one of the brakes fail.

Engineering and manufacturing vehicles using wiring instead of hydraulic lines is simpler and eliminates the environmental hazard of brake fluid, he adds. End-of-line testing also is simplified.

The system will roll out first as a smart parking brake in 2021, followed by wider implementation of the Smart Brake in AVs in 2025, he says. The company anticipates most vehicles will offer a high level of autonomous functionality by 2030 with Smart Brake providing an optimum system to meet that business demand.

Race to Connected, Self-Driving Cars Not Without Speed Bumps
Dec 08, 2017

Suppliers Must Move Now for Role in Future Cars
Jan 30, 2018