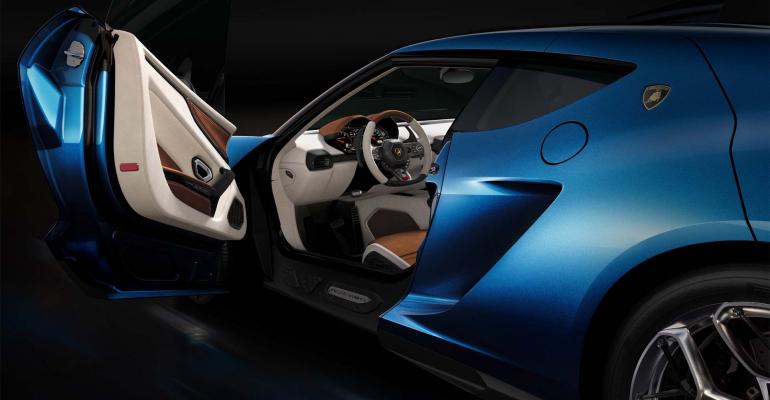 Only 40 of the new models will be built, half as a coupe and half as a roadster.

TURIN – Lamborghini will celebrate the centennial of its founder Ferruccio Lamborghini born April 28, 1916, with introduction of a special limited-production supercar called the Centenario LP770-4.

Only 40 of the new models will be built, half as a coupe and half as a roadster. Both body designs are all carbon-fiber, and the supercar is expected to become an instant classic the moment it leaves Lamborghini’s Sant'Agata Bolognese factory.

CEO Stephan Winkelmann says the entire production run has been spoken for, with the sale of all 40 completed in just a few days after a series of private presentations at the Pebble Beach, CA, Concours d’Elegance in August and at selected locations around the world.

No images of the car previewed in Pebble Beach have been distributed so far, but Winkelmann says its design is radically different from the Huracan and Aventador. Well-informed sources say the Centenario is closest to the Asterion plug-in hybrid concept introduced at the Paris auto show in 2014.