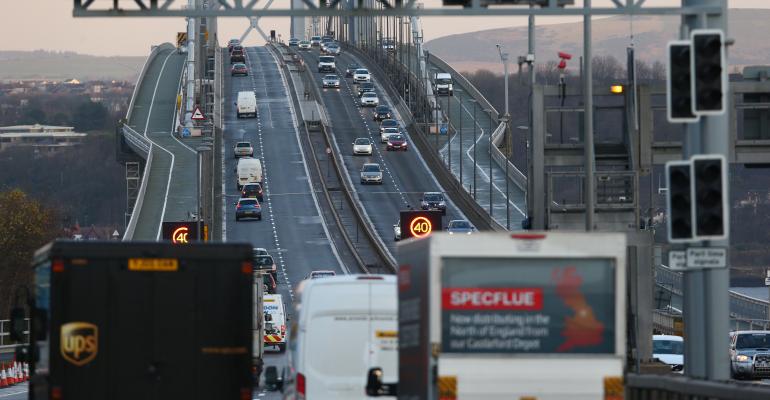 The strategy includes emissions-cutting targets for 2021-2030 for a range of industrial sectors, including transport. Significantly, it targets further cuts in carbon-dioxide emissions for cars and small trucks, but for the first time includes large trucks and buses too.

BRUSSELS – Europe’s automakers are lashing out at new European Union proposals designed to decarbonize the economy and encourage a shift to low- or no-emission options, calling them too focused on technology and discriminatory because they deal only with road transport.

Unveiled in a July 20 formal policy paper, the low-emission mobility strategy comes as part of the European Commission’s wider decarbonization plan. It aims to meet the EU’s 2014 commitment to slash greenhouse-gas emissions 40% by 2030 compared to 1990 levels.

The strategy includes emissions-cutting targets for 2021-2030 for a range of industrial sectors, including transport. Significantly, it targets further cuts in carbon-dioxide emissions for cars and small trucks (vans), but for the first time includes large trucks and buses. The EC is consulting on future proposals to revise CO2 emissions standards for vans and the way truck fuel-consumption and emissions standards are monitored and reported.

But the bugbear for ACEA, the European automakers’ group, is that the envisioned transport emissions improvements only are to be made on the road, when shipping and aviation also belch out carbon emissions. ACEA says in a statement it wants “a more balanced approach, addressing all modes of transport – including air, maritime and rail.”

“The Commission’s plan is completely devoid of ambition on cutting emissions from aviation and shipping,” the environmental group says.

A spokesperson for the EC tells WardsAuto targeting automakers with the stiffer emissions requirements is justified.

“Since road transport is responsible for over 70% of transport greenhouse-gas emissions and much of the air pollution, action will focus on this area,” the spokesperson says. “(But) all sectors of transport can and must contribute.”

The spokesperson stresses the EC is looking at different options for revising EU laws and their potential impact, so additional demands on air and sea transport may yet be made.

“No date for the revision of the regulation has been set yet,” the spokesperson adds. “This underlines that the commission will carefully assess and any decision on future regulatory requirements would be based on an understanding of the costs and benefits.”

“This is a good plan, but whether it works will depend on how effectively the promises are delivered,” T&E Executive Director Jos Dings says.

T&E says Europe, where truck fuel-economy has “stagnated for 20 years,” is trailing the U.S., China, Japan and Canada in setting CO2 and fuel-efficiency norms for trucks. T&E also welcomes the EC’s pledge to link truck toll levels to fuel efficiency.

The mobility strategy aims to curb emissions by maximizing digital solutions, such as smart pricing, speeding deployment of alternative power sources (including advanced biofuels and electricity) and pushing a shift to low- and zero-emission vehicles in general.

The July 20 communication also acknowledges that to ease the switch to low-emission mobility and provide certainty for investors “the EU regulatory framework needs to change.”

Here too ACEA is unhappy, complaining most proposed binding measures relate only to new vehicle technology, ignoring other key factors that influence emissions, such as fuels, faster fleet renewal, improving infrastructure, altering driver behavior and leveraging the potential of connected and automated vehicles.

“Focusing on new vehicle technology alone will have limited environmental benefits,” ACEA Secretary General Erik Jonnaert says. “A more effective approach would seek to address the full fleet and look at how these vehicles are used.”

Despite this, ACEA is cheered that technology neutrality – “key to supporting innovation and, thus, greater fuel-efficiency” – is enshrined in the proposals.

Roberto Vavassori, president of CLEPA, the European association of suppliers, says his group is pleased with that aspect of the communication as well.

“This will ensure that innovation will be widely spread across all promising CO2 paths, both the internal-combustion engine and alternative powertrains, including but not limited to electrification,” Vavassori says.

The EC appears ready to put its money where its mouth is, with EU funding available for R&D. But the July 20 package offers no new cash, pointing only to existing EU funding sources.

The package includes a review of the 1999 EU car-labeling directive, which requires information on fuel use and CO2 emissions be displayed next to vehicles in showrooms.

“We are currently looking into that and reviewing whether the directive sits with actual requirements” such as the way to measure emissions, the EC spokesperson says. But the Commission “will decide at a later stage what to do with that.”

For EU, Devil in Details of Post-Dieselgate Reforms
May 31, 2016