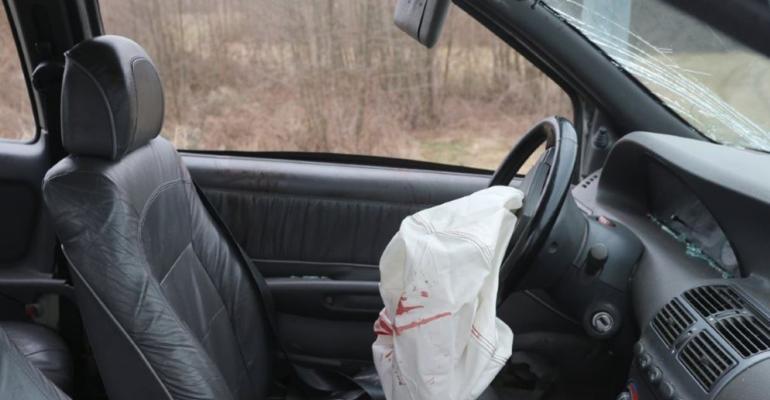 WASHINGTON, July 18 (Reuters) - A government audit released on Wednesday faulted the National Highway Traffic Safety Administration's (NHTSA) oversight of auto safety recalls and said its "delayed action" may have delayed the expansion of a record-setting callback of millions of vehicles for Takata air bag inflators.

The U.S. Transportation Department's Office of Inspector General said in an audit released to Congress Wednesday that NHTSA's management of vehicle recalls lacks proper oversight. The report found that in the massive Takata air bag recalls the agency did not follow its own procedures to address low recall completion rates and its "delayed action to investigate" complaints may have delayed the expansion of the recalls.

NHTSA did not immediately comment Wednesday, but said in a letter with the report that it did not agree with all of the findings, but agreed to some recommendations sought by the inspector general's office.

"This is further evidence that the federal auto safety regulator isn’t doing enough to protect the public,” said U.S. Sen. Bill Nelson, the top Democrat on the Senate Commerce Committee that oversees NHTSA.

NHTSA has come under fire for years over its handling of prior auto safety issues, including sudden unintended acceleration issues in Toyota Motor Co vehicles and faulty ignition switches in General Motors Co cars.

This is the fourth audit by the inspector general's office since 2011 to criticize NHTSA. A 2015 audit said the agency failed to carefully review safety issues, hold automakers accountable, collect safety data or adequately train staff resulting in "significant safety concerns being overlooked."

NHTSA's letter released Wednesday said it remains "concerned that the report may leave the public with misconceptions regarding NHTSA's oversight of recalls in general, and the Takata recalls in particular."

The Takata issue has sparked the largest auto industry safety recall in history, involving about 100 million inflators among 19 major automakers that began in 2008.

The audit also said "inadequate controls and processes for verifying and collecting manufacturer-reported information have hindered NHTSA’s ability to oversee safety recall implementation." The audit projected that nearly 11 percent of auto vehicle recalls issued between 2012 and 2016 have missing remedy documents required by law.

The audit said NHTSA's "minimal action to address low Takata recall completion rates and its poor oversight of manufacturers' reporting on recall risk may have contributed to the slow implementation of these recalls between 2008 and 2015."

Jason Levine, executive director of the Center for Auto Safety, said the report confirms "long-held concerns that NHTSA is failing the American public by taking a hands-off approach to recall oversight. The agency’s records indicate sloppy and incomplete documentation of manufacturer recalls, and it is well documented NHTSA does not enforce its own regulations pertaining to timeliness of recall and remedy reporting." (Reporting by David Shepardson. Additional reporting by Nick Carey in Detroit Editing by Nick Zieminski)