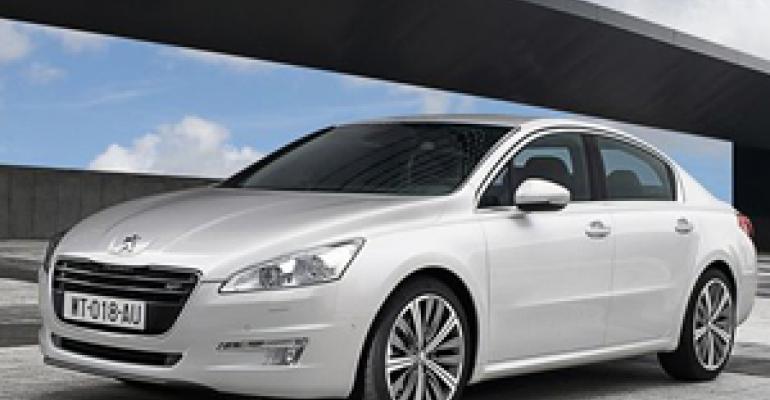 Starting in January, two new sales executives will report to PSA&#8217;s executive vice president-brands. One will take responsibility for both brands in Europe, and the other for the rest of the world. And while Peugeot President Vincent Rambaud and Citroen President Frederic Banzet lose their sales-chief titles to others in new positions, they regain control over product.

Starting in January, two new sales executives will report to Jean-Marc Gales, PSA’s executive vice president-brands: Jean-Philippe Imparato will take responsibility for sales of both brands in Europe, and Yves Moulin will oversee sales in the rest of the world.

Imparato also will have direct responsibility for sales in France, with the managers of Peugeot France and Citroen France reporting directly to him.

In other markets where the two brands are present, there will be a PSA sales executive to whom the individual managers will report, and who in turn will report to Imparato or Moulin.

It’s another step in a big organizational change for PSA, which served as a holding company for the two French auto makers until the mid-1990s.

Since then, it has moved to central engineering, purchasing and common platforms, which has allowed it to reorganize manufacturing.

In 2009, when Jean-Marc Gales was named brand director, marketing became centralized. Almost everyone in the company, including brand spokesmen and designers who work in separate studios, are employees of PSA, rather than the brands.

Banzet and Rambaud appear to have taken on the critical roles of giving the brands their identity. While the two men were involved heavily in product development in the past, they now are responsible for product.

When Peugeot and Citroen were complete companies in themselves, that job was shared by everyone from the plant floor to the general manager.

The company slogan since then has been “One company, two brands.” A consistent strategy of CEO Philip Varin has been that the two brands must be different.

At the same time, each brand is a generalist with aspirations to move up the range into more prestigious territory, and neither sees itself as second to the other.

PSA says the reorganization is intended to reinforce the strategy of having a single identity for each brand worldwide and to simplify sales operations in Europe.

“The markets in Europe are stagnant, and sales are booming in the rest of the world,” says PSA spokesman Jean-Baptiste Mounier. “The changes in the sales organization must show that.”

Dealer networks will remain independent, and there is no intention to combine them, he adds.

Imparato, 45, served as director-quality at Dongfeng Peugeot Citroen Automobiles in China from 2003 to 2006. He ran Citroen Italy from 2008 to 2010 and since then has been director- international operations for Peugeot.

Moulin, 52, director-international operations at Citroen, was recruited from Volkswagen in 2004. He has been sales manager for Citroen France and was managing director of Dongfeng Citroen in China from 2007 to 2011.