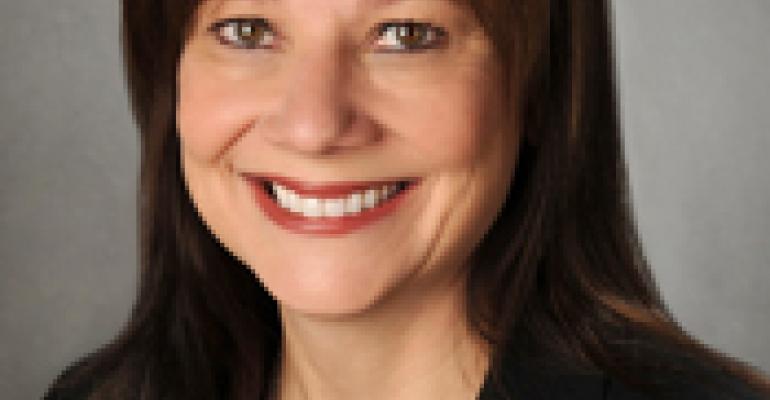 Mary Barra refutes the idea the auto maker may have overlooked a safety item on Chevy&#8217;s extended-range EV. &#8220;It was a product that was fully developed, above and beyond,&#8221; she says. “There are a few avenues to improve the robustness of this specific condition,” she tells WardsAuto after addressing the Automotive Press Assn. here earlier today, declining to offer details behind the investigation.

But Barra, a 31-year GM veteran and electrical engineer by training, says she draws on her years working as a control engineer on the factory floor trying to fix broken tooling.

“When you had a piece of equipment down and you were diagnosing why it was down, the more you tried to guess, the more you were wrong. So we’ve got to let the engineers work.”

Asked if the Volt presents an unreasonable risk to the public, Barra says, “No. Not at all.”

The National Highway Traffic Safety Admin. opened a formal safety-defect investigation on the Volt extended-range electric vehicle after crash tests of the car, as well as its lithium-ion battery pack exclusively, led to fires days later. GM is working with NHTSA on the issue.

The auto maker also has responded by offering the more than 6,000 U.S. Volt owners a loaner vehicle until a potential fix is found if they fear for their safety. GM earlier this week said 33 owners have sought a loaner.

Barra says GM may go as far as buying a Volt back from a concerned owner, “if we get to that point and consider it the right thing to.”

It remains unclear if the auto maker will issue a formal recall of the Volt, or even make a mid-cycle enhancement of, or change to, the battery pack.

“That’s not where we see it right now,” Barra says. “Any change we make to a vehicle, we have to make sure it is properly designed, validated and tested both internally and externally.”

She refutes the idea that GM may have overlooked a safety item during its development of the Volt. The auto maker pushed to get the EREV in the market before the end of 2010, seen partly as a statement of its own robustness following its bankruptcy one year earlier.

“It was product that was fully developed, above and beyond,” Barra insists.

GM has made the Volt a central element of its image-rebuilding campaign following its bankruptcy. And so far the plan has worked by drawing new shoppers to Chevrolet and spurring sales of other fuel-efficient models.

Barra calls the Volt not only “critically important” to GM, but also to the broader electrification of the auto industry.