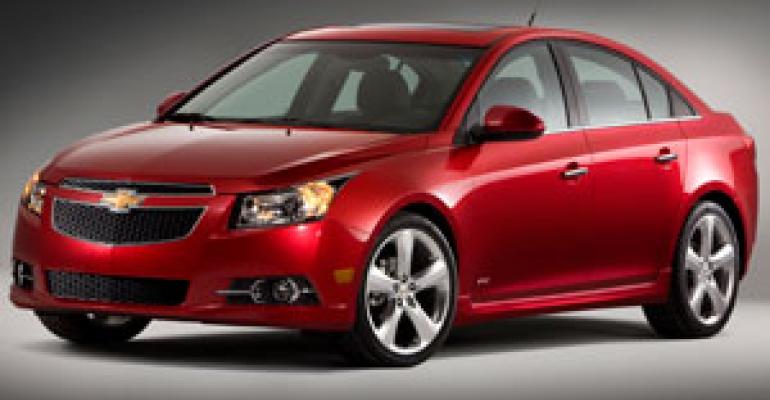 Today&#8217;s leasing centers on putting the right customer in the right car, as opposed to desperately trying to move the metal to offset auto maker over-production. Continuing to make a comeback, vehicle leasing now is a financing option offered by nearly all captive automotive lenders and many other financial institutions as the ’12 model year kicks off.

Leasing is resurging under better times, tighter controls and greater participation among auto makers. Chrysler and General Motors are back in the game. Leasing also is getting a boost from brands with ambitious sales goals, such as Hyundai, Kia and Volkswagen.

The upbeat mood swing for leasing’s future involves all brands and lending segments, including subprime and near-prime.

“We’re back with determination,” Bill Arnold, finance and insurance director at Jake Sweeney Chevrolet in Cincinnati, says of leasing. “We are covering subprime and near-prime as we never did before.”

Two brisk-selling Chevrolets, the new Cruze compact and Camaro sports car, lease for $169 and $287 a month, respectively. A Chevy Corvette convertible leases for $551 a month.

Auto makers began backing off leasing early last decade after suffering losses, primarily due to too many leases (75%-80% of some model lines) and overly rosy predictions of residual values.

No magic formula precisely forecasts residual values every time, but the practice has become more disciplined and accurate.

Leasing took a hit in 2008 when Chrysler stopped offering it and GM curtailed it as both approached bankruptcy. In a few months, GM’s leasing penetration went from 28% to an all-time low of 9%.

Leasing in the U.S. represented nearly 19% of all vehicle transactions last year, according to Polk.

The Automotive Lease Guide predicts that by 2015, leasing will be nearly 20%. Many industry experts consider that a healthy level.

Today’s leasing centers on putting the right customer in the right car, as opposed to desperately trying to move the metal to offset plant over-production, an auto industry sin of the past.