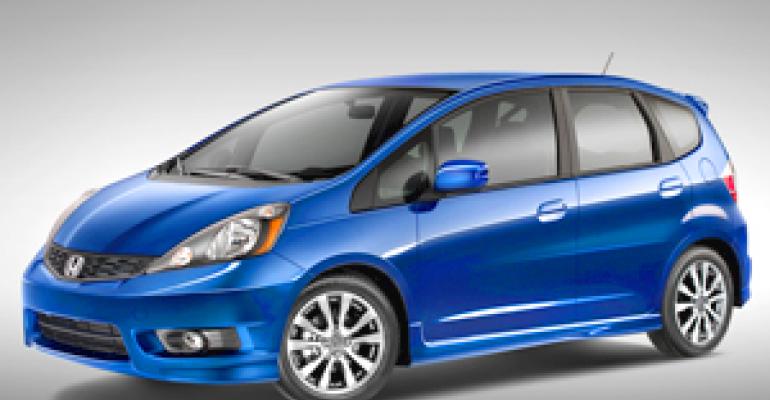 John Mendel cites the notable performance of Honda&#8217;s North and South American plants in recent quality surveys as clear evidence that any of its models could be built to standard outside Japan. “We’ve been in relatively much better shape than our primary competitors,” producing 85% of the models the auto maker sells in the U.S. in North America, John Mendel, executive vice president-American Honda, tells a small group of journalists at a ’12 Honda CR-V test drive here.

In comparison, 70% of the models Toyota has sold in the U.S. year-to-date were built in North America, WardsAuto data shows.

Honda in Japan earlier this week blamed a 56% drop in earnings for its fiscal quarter ended in September on production disruptions and weak sales.

Last month, the auto maker said it was cutting Japanese exports AC50% over the next 10 years because of the high yen.

Honda and Acura models sold in North America that are imported from Japan include the Honda Fit subcompact; Insight, Civic and CR-Z hybrids; and Acura TSX and RL sedans.

Construction is under way for an $800 million plant in Celaya, Guanajuato, Mexico, to build the Fit by 2014.

The factory, which will have a 200,000-unit annual capacity, is located roughly 200 miles (322 km) east of Honda’s existing El Salto, Jalisco, production facility.

Mendel admits the weak dollar makes assembly there more expensive than before, but says “strategically, Mexico plays very strongly to our plans. We’ll now have the capability to do everything on shore in North America.”

That includes luxury cars. While Japanese rivals such as Toyota continue to build their luxury vehicles in the home country, Mendel sees no reason why the TSX, for instance, couldn’t be made here.

“Other manufacturers may harbor (Japanese production) more precious than we do,” he says.

Mendel cites the notable performance of Honda’s North and South American assembly plants in recent quality surveys by J.D. Power & Associates as clear evidence that any of the auto maker’s models could be built to standard outside Japan.

“When you’ve got (Greensburg) Indiana (rated) a platinum-level plant by J.D. Power, and it’s one of our newest plants and certainly not exercised to its fullest potential yet, and you’ve got four of the top five plants in North and South America all Honda plants, we’ve got a pretty incredible opportunity to build most anything we want there.”

However, manufacturing all of its products in the Americas still would not isolate Honda totally from Asian production troubles, because of the auto maker’s vast supply network in those regions.

Mendel does not see the March earthquake that struck Sendai, Japan, nor the historic flooding in Thailand that has upended Honda’s North American production plans this month, as a call for the re-sourcing of parts.

“It's a constantly evolving thing,” he says. “I don't think there's any fundamental fragility in the supply base. You get hit, you get hit.

“Purchasing always deals with some element of the supply base that is in transition: going out of business, going into business, being bought out or something else,” he says. The Japan and Thailand situations this year are “really no different.”

Among Honda’s roughly 650 suppliers to North America, only two proved unreliable immediately after the earthquake, Mendel says. “If that were an investment portfolio, we’d be geniuses.”