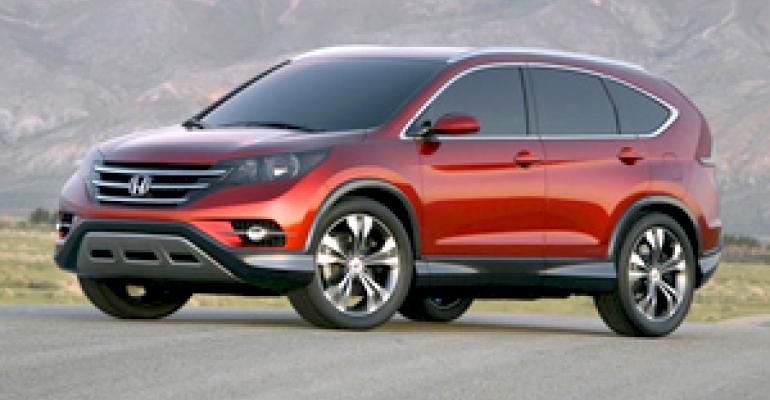 Thailand-sourced electrical components are in short supply due to production slowdowns or stoppages brought about by flooding in the Asian country. Just as it was getting North American production back on track following March’s Japan earthquake, Honda says planned production at its six North American plants will be halved Nov. 2 to Nov. 10, due to parts shortages brought about by Thailand’s historic floods.

A non-production day also is set for Nov. 11, and all overtime in November has been canceled.

“As the flooding in Thailand continues, a number of Honda suppliers in Asia currently are unable to maintain parts production, which is disrupting the flow of parts to our production operations in North America,” the auto maker says in a statement today.

As a result of the production slowdown, Honda says the December on-sale date for the next-generation CR-V cross/utility vehicle, to be built in East Liberty, OH, may be pushed back by a few weeks.

Honda Detroit-based spokesman Ed Miller says Thai-sourced electrical components specifically are in short supply at the moment due to production slowdowns or stoppages due to the floods.

“Thailand has become a major source for automotive electronics manufacturing,” he tells WardsAuto.

“The main problem is that these kinds of parts (are) unique to our various vehicles, so they're difficult to re-source in a timely manner.

That said, our team is on it.”

Honda, which says it built 87% of the vehicles it sold in the U.S. last year at its North American facilities, will not lay off workers as a result of this production slowdown.

Workers may use a vacation day, report to work or take Nov. 11 off with no pay, the auto maker says.

In Thailand, Honda has been unable to access its flooded plant in the Rojana Industrial Park.

Today in Japan, Honda announced its second-quarter operating profit fell 68% and its net profit tumbled 55% due to fallout from the March earthquake and strong Japanese yen.