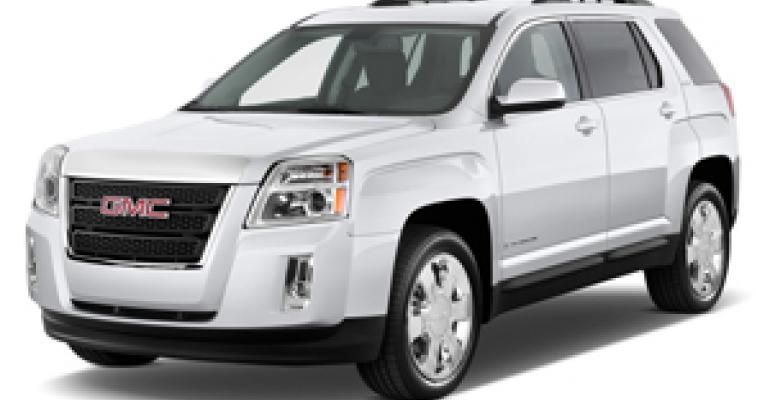 General Motors sees no double-dip recession on the horizon, despite shakiness on Wall Street and continued sluggish job growth, and predicts sales this year will finish at the low end of its forecast.

Fears of the U.S. slipping back into a recession, which two years ago sent GM and Chrysler through taxpayer-funded bankruptcies, have escalated recently over the sovereign-debt crisis in Europe and continued slow job growth at home.

European leaders continue to wrestle with a way to alleviate those debt problems and experts do not anticipate movement in the U.S. unemployment rate from 9.1% when the U.S. Labor Dept. releases updated figures later this week.

But at the same time, household debt in the U.S. continues to fall and access to credit for new-car purchases keeps widening, Johnson says. Pent-up demand appears to be building as well, as the average age of cars and trucks on the road remains at a record high.

Buyers also are getting more for their trade-ins than ever before.

“We’re cautiously optimistic,” says Johnson, who points to sluggish job growth as the No.1 risk to the economy and new-car sales.

GM expects total industry sales to finish the year at the low end of its original forecast of between 13 million and 13.5 million units, he says.

So far this year, pent-up demand has supported industry sales, Johnson says, and he does not anticipate 2011 to finish with a flurry of incentives as Japanese manufacturers rebounding from an earthquake-caused production slowdown build back inventories.

GM’s incentive spending was flat vs. August and year-over-year, he says, and even with the industry overall as a percentage of average transaction prices, GM’s ATPs grew about $400 in September.

Truck sales rallied in the month by more than 30% to keep GM on track toward its goal of reducing inventories of fullsize pickups and SUVs to 200,000 units by year’s end.

Johnson points to stabilizing fuel prices and greater television exposure for the vehicles’ target audience with the professional football season and baseball playoffs under way.

GM has been trimming output of fullsize pickups to draw down its dealer stock from more than 100 days’ supply earlier this year. It currently sits at 208,650, or an 88-day supply, close to GM’s goal of 200,000 units for the end of the year. Total GM inventories finished September at 558,157 units.

The auto maker also saw strength in cross/utility sales, where deliveries of the Chevy Equinox and GMC Terrain jumped 33% and 45%, respectively.

Johnson does not confirm reports of a GM plan to boost production at its Ingersoll, ON, Canada, assembly plant building the two CUVs.

Ingersoll already runs at three shifts per day, plus Saturdays, and ships some Equinox models to nearby Oshawa for final assembly. But reports suggest the auto maker can gain 50 more units per day by boosting line speed.

Calls to Canadian Auto Workers union Local 88 in Ingersoll were not returned.

Other reports have suggested GM will add Equinox/Terrain production at its Spring Hill, TN, plant, which is being reopened under provisions of the auto maker’s new contract with the United Auto Workers union.

The auto maker says availability of its new Chevy Volt extended-range electric vehicle increased to 884 salable units at some 2,000 dealerships. Another 2,000 have been sent to dealers as demonstration models.

The new-for-’11 Cruze compact car continued its hot streak in the month, with sales of 18,097 units. The car launched exactly one year ago, and model-year sales eclipsed 200,000 units in September.

However, it had been accounting for 20,000 sales per month.

“No weakness there at all,” Johnson says, pouring water on the idea Cruze might be facing stiffer competition from restocked Toyota Corollas and Honda Civics. “We don’t attribute any of it to them coming back. Dealers are flipping (Cruzes) quickly.”

Curt McNeil, vice president-sales for Cadillac in the U.S., blames a planned reduction in fleet deliveries for weakness at GM’s luxury unit.

“We’ve made a commitment to be competitive with the other premium luxury makes,” McNeil tells WardsAuto.

Fleet deliveries at Cadillac fell 54% in September and so far this year are down 30%.