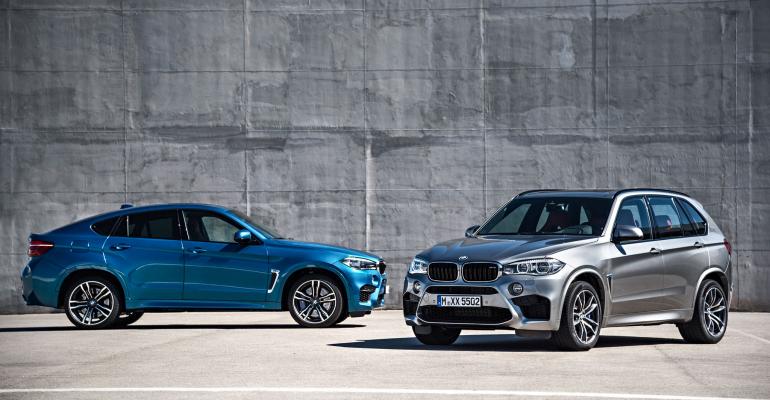 BMW M Models to Blend Right in at L.A. Show

Californians love and buy SUVs as well as sport cars, and this is what the Los Angeles Auto Show will give them later this month when Audi and BMW will confront each other in the upper sphere of the segment.

Audi is expected to show its vision of a new-generation A8 flagship alongside its fastest and street-legal R8 Competition with a 570-hp V-10 from Lamborghini.

On the other side of the aisle will be BMW’s new X5 M and X6 M 5-door CUVs, which the German automaker refers to as an SAV (Sport Activity Vehicle) and SAC (Sport Activity Coupe), respectively.

Massive 21-in. wheels fitted with specially developed Michelin tires and the large air intakes that are part of the grille provide the models with their love-it-or-not macho styling.

There are more M-type touches inside, including a special leather-wrapped steering wheel with aluminum paddle shifters, multifunction seats and unique instrumentation.

All models come with self-levelling air suspension fitted at the rear. The M versions also get an edge with their exclusive multiplate clutch (integrated into the 8-speed automatic transmission) that can vary torque distribution up to 100% between the front and rear axles.