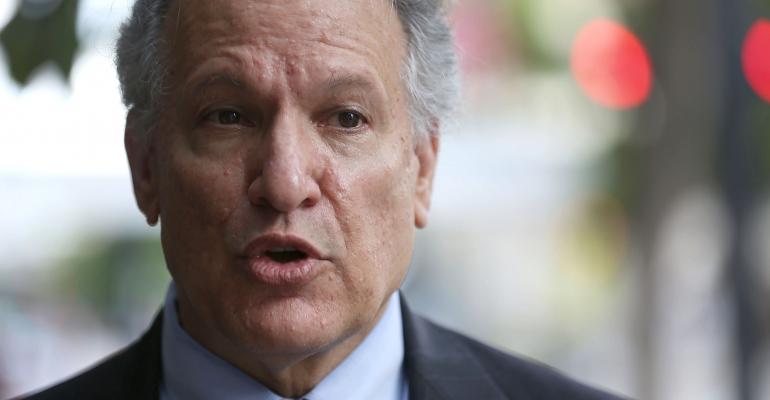 NOVI, MI – NHTSA Administrator Mark Rosekind says Volkswagen’s emissions scandal further erodes an essential element of trust between the U.S. regulator and automakers, underscoring a new protocol where government agencies must be more proactive and question every bit of information the industry provides regarding safety, fuel economy and emissions.

“Part of the problem has been the reactive piece,” Rosekind tells WardsAuto after addressing an Automotive Industry Action Group quality summit here. “You wait until something breaks or somebody withholds it and then you’ve got to find it and then you got to get it fixed.

“NHTSA over the last several months has been very vigilant and we will continue to be,” he adds. “The right balance is acknowledging that we have tools related to enforcement and defect recalls that can be used to the full extent when needed. I hope for (a) transformation to get us proactive. That’s the only way.”

It was revealed Friday that VW cheated EPA emissions tests of its diesel-powered cars by installing a so-called “defeat device” that determines if a test procedure is under way and then dials up the engine’s efficiency. After the test, the engines would revert back to their natural state and resume spewing upwards of 40 times the legal emissions levels.

The German automaker’s deceit comes on the heels of a massive ignition-switch scandal at General Motors, where a defective part killed or injured hundreds of people. GM last week agreed to pay a $900 million federal fine, essentially closing the financial book on the scandal. It has been estimated VW could face up to $18 billion in fines.

Rosekind, NHTSA’s 15th chief regulator sworn in nine months ago, offers GM as a precedent. “They withheld, they deceived. They did not tell the truth. That’s a problem. That will interfere with safety. That makes us all more vigilant.”

Rosekind says the automakers’ evasiveness will lead NHTSA and EPA to more firmly challenge the industry’s reporting in the future. The EPA, for example, audits the emissions levels of between 15% and 20% of light vehicles at its Ann Arbor, MI, testing facility, and counts on automakers for the rest of the testing.

In a statement to WardsAuto, the EPA says “Manufacturers test the vehicles on their own using EPA test procedures. Manufacturers submit the test data and documentation to EPA. EPA reviews the data, and if all checks out, generates the certificate of conformity.”

Rosekind admits staffing levels at NHTSA and EPA lead to a reliance on self-reporting, but pledges regulators will pressure automakers to be truthful.

“That’s one of the biggest lessons learned: question assumptions,” Rosekind says. “They tell you one thing, you question it. We’re questioning everything now. You have to question all assumptions.”

Rosekind says the VW and GM cases are sending regulators scouring other automakers for safety and emissions discrepancies.

German automakers Daimler and BMW also sell a good number of diesels in the U.S., while GM and FCA US are ramping up the technology.

“Your first question has to be how extensive it is through the whole industry,” he says. “You don’t know if it was a unique case, or if other people are doing it. That’s unfortunate part. You’re not going to worry about just one person. If they did it, anyone else could do it.”

Speaking specifically to the VW case, Rosekind says the automaker’s emissions deception raises broader safety questions NHTSA must examine. “Is there some other safety element there that we’re going to have to investigate?”

In the latest developments on the growing VW scandal, the automaker’s U.S. chief Michael Horn conceded Monday the company “screwed up” and must “pay what we have to pay.”

Speaking to reporters in New York after unveiling the ’16 Passat, Horn says the automaker considered cancelling the event. His staff would not speculate on any effect the scandal might have on future sales or if anyone stands to be fired.

The count of vehicles involved also widened to 11 million diesels worldwide from 482,000, and the EPA has blocked the sales of all ’16 Jetta, Passat, Beetle and Audi A3 models until they meet regulatory requirements.

VW CEO Martin Winterkorn, now on the hot seat back in Wolfsburg over the wrongdoing, on Sunday pledged full cooperation with regulators to establish the facts of the case.

“We do not and will not tolerate violations of any kind of our internal rules or of the law,” Winterkorn said in a statement.

It remains unclear how far up the chain of command knowledge of the defeat device goes, or whether VW or a supplier wrote the software to beat emissions tests.

However, it does place the automaker’s ambitious U.S. growth plan in jeopardy. VW has spent billions of dollars in recent years on developing products tailored to U.S. consumer tastes and four years ago opened a sprawling, 9,200-employee manufacturing plant in Tennessee as a cornerstone of its expansion strategy.

According to WardsAuto data, the VW and Audi brands combined for 548,981 U.S. sales last year and 17.4% were diesel-powered. There are roughly 5 million VWs on U.S. roads today.