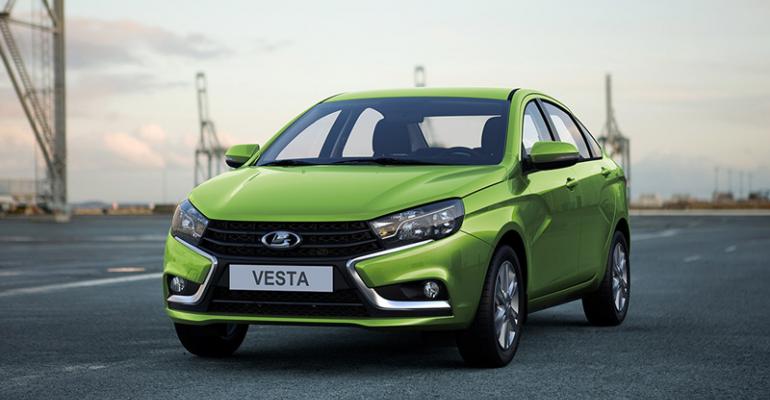 The government plans to allocate $1.1 billon annually through 2025 in developing the domestic auto industry.

The Russian government plans to allocate up to RR65 billion ($1.1 billion) annually for the development of the domestic automotive industry until 2025, according to the Russian Ministry of Economic Development.

It is planned the majority of these funds will be used for technologies in the areas of self-driving, hybrids and electric vehicles. Part of the allocated state support will be used to implement traditional programs aimed at stimulating local demand for cars in Russia.

These plans will be part of the existing state strategy to regulate the development of Russia’s auto industry for the next seven years.

A spokesman for the Russian Ministry of Economic Development says in contrast to previous years, when the majority of state funds were provided to subsidize purchases of low-cost cars and other similar programs, starting next year state support will be focused mostly on stimulating R&D activities in the Russian automotive industry and in particular the development of new technologies.

Particular attention will be paid to supporting startups in the auto industry. In addition, part of the funds will be invested in new design and engineering centers that will focus on R&D.

The ministry says this level of annual investment will allow domestic auto producers, as well as global automakers operating in Russia, to better focus on their R&D activities and promote further localization of Russian production.

In regard to electric vehicles, Russian automakers such as AvtoVAZ, GAZ and Sollers already have prototypes that could be launched in mass production shortly.

AvtoVAZ, as part of the Renault-Nissan-Mitsubishi Alliance, also has access to foreign technologies. However, the company plans to prioritize internal-combustion-engine development instead of electric cars in the coming years.

AvtoVAZ has said it plans to focus on promoting its Lada Vesta compressed-natural-gas cars in domestic and foreign markets during the next several years.

GAZ Group, another leading Russian automaker, has announced its intention to start developing CNG vehicles. The company believes this could be profitable and economically feasible in Russia, taking into account the country’s geography, climatic conditions and vast gas reserves.

“The development of gas transport in Russia is optimal in terms of economy and ecological compatibility,” GAZ Group said in a recent press release.

In the area of electric mobility, the Russian Ministry of Transport believes its development is hindered by a number of constraints. According to a spokesman for Maxim Sokolov, Russia’s minister of transport, the biggest is the lack of necessary charging infrastructure for battery-electric vehicles.

In the case of self-driving technologies, currently the local GAZ Group, KamAZ and Yandex (the Russian IT services provider) are involved in developing such technologies in Russia, but none of these companies has a working prototype yet.

As a result, Russian Ministry of Transport analysts predict the launch of autonomous vehicles in Russia no sooner than 2020.

By then, the Russian government plans to design a legislative base to regulate the use of such vehicles, improve the conditions of domestic roads and create the necessary IT infrastructure.

According to the Russian analytical agency Autostat, the Russian fleet of electric vehicles in first-half 2017 amounted to 1,100 units. A third of them are registered in Moscow.