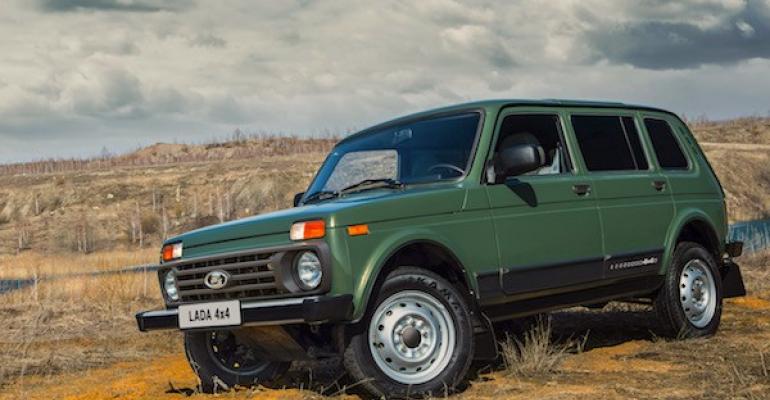 Renault believes the Russian market has considerable potential for growth. The automaker estimates there are 288 cars per 1,000 residents, compared with 498 per 1,000 in European Union countries.

ST. PETERSBURG – Renault plans to increase its share of the Russian automotive market by broadening its product range and stepping up marketing efforts centered on affordability.

The French automaker’s efforts include boosting not only its own brand but also domestic manufacturer AvtoVAZ, of which Renault has been majority owner since late 2016.

Renault, which has an 8.5% share of the Russian market, plans to continue focusing on the production and sales of cars positioned in the middle and low-priced segments of the market.

Russian Ministry of Industry and Trade statistics show more than 50% of new cars sold in Russia are priced below RRs 682,600 ($11,500). Some 75% of Russian households have incomes below that amount, the ministry says.

Renault also hopes to more than double sales of its own models, from 117,230 in 2016 to 250,000 by 2022. The automaker sells six models in Russia and builds the Renault Duster and Nissan Terrano CUVs at its factory in Moscow.

Renault and AvtoVAZ have outperformed the Russian market, with sales for the year’s first 10 months increasing 18.4% and 17.2%, respectively, while overall light-vehicle deliveries rose 11.4%, WardsAuto figures show.

The French automaker has said it plans to launch at least four new models in Russia by 2022. Details are unavailable, but the company plans to expand its range of CUVs and SUVs, which account for 40% of all Russian LV sales. It also plans to offer more all-wheel-drive vehicles as well as a wider range of engines and transmissions. Renault now sells three CUVs, two hatchbacks and a sedan in the country.

Renault believes the Russian market has considerable potential for growth. The automaker estimates there are 288 cars per 1,000 residents, compared with 498 per 1,000 in European Union countries. It also predicts Russian sales will rise to 2.5 million units, more than 40% above 2016’s total, by 2022.