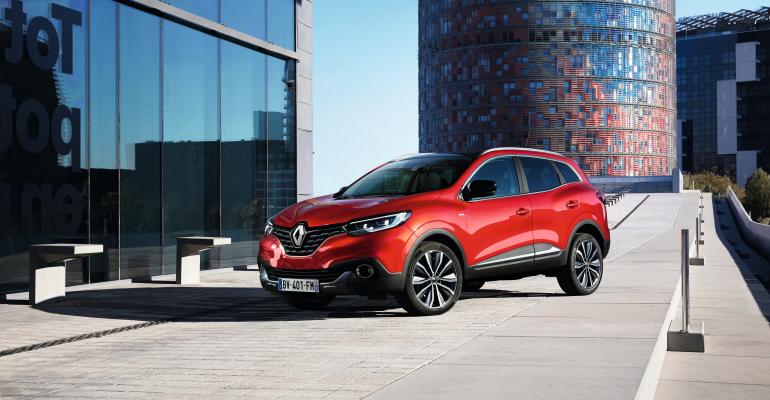 The models planned for production are not being disclosed. But sources close to Nissan Russia say candidates may include the Renault Kadjar compact CUV and the Renault Koleos compact SUV. The Koleos used to be assembled from semi-knocked-down kits in Moscow, but currently is imported. Both models have the same platforms as the Nissan Murano, Patriot, Qashqai and X-Trail already produced in St.Petersburg.

In addition to Renault models, Nissan may transfer production of Mitsubishi cars to St. Petersburg from Mitsubishi’s PSMA joint venture with Peugeot in Kaluga. Nissan has held a controlling 33.4% stake in Mitsubishi since October.

Also, amid the ongoing recovery of the Russian automotive market from a 3-year slump, Nissan may consider resuming production of Infiniti luxury models previously assembled from completely knocked-down kits in St. Petersburg.

Alliance members Renault and Nissan already assemble each other’s cars at their respective plants. For example, Renault’s Moscow plant produces the Nissan Terrano midsize CUV in addition to its own models.

The same scheme is used by local automaker AvtoVAZ, which is controlled by Renault. Along with Lada cars, the company produces Renault-, Nissan- and Datsun-branded models. AvtoVAZ’s contract-assembly work on behalf of the alliance members amounted last year to RR40.5 billion ($675 million), more than one-fifth of its total revenues.

Russian Ministry of Industry and Trade analysts note although contract assembly usually is low-margin (no higher than 1%-3%) it has low risks and provides the automaker with a guaranteed profit. It also raises capacity utilization which, in the case of Nissan’s 100,000-unit-capacity Russia plant, is estimated at only 40%.