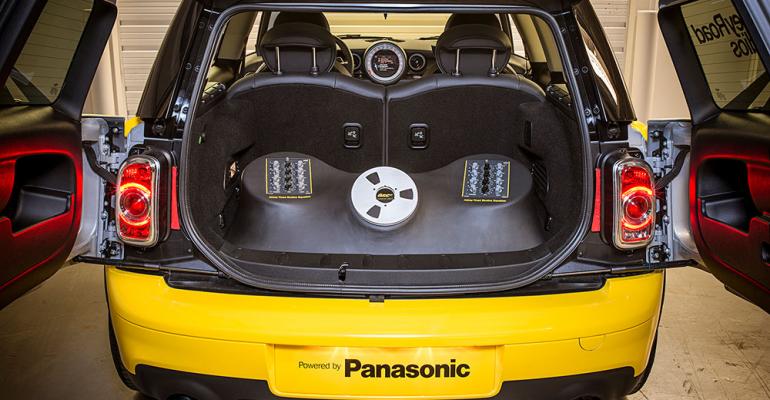 Panasonic&rsquo;s automotive division previously has partnered with Fender and recording veteran Elliot Scheiner for audio systems and now teams up with the legendary London studio where the Beatles recorded hit after hit during the 1960s.

LAS VEGAS – The Beatles recorded there.

That fact, alone, should have audiophiles clamoring for a car with an Abbey Road premium sound system.

At least that’s the marketing rationale for Panasonic, whose automotive division has partnered with the legendary London studio where the world’s most important and prolific rock band recorded hit after hit during the 1960s.

This isn’t the first time Panasonic, a major player in automotive audio electronics and battery systems, has mounted a unique approach to premium audio.

More recently, for Volkswagen, Panasonic and guitar and amp manufacturer Fender teamed to deliver Fender premium audio in the ’12 VW Jetta GLI, as well as other VWs.

Panasonic’s latest pairing taps into the world-famous Abbey Road Studios, which was the birthplace of stereo recording and has been producing and mastering music since 1931. It’s owned by EMI, which was taken over by Universal Music in 2012.

Panasonic says these two special equalizers for bass and treble, used at Abbey Road since the early 1970s, helps bring out the unique sound characteristics present in recordings made there.

“We’ve really tried to incorporate a very authentic approach to take the DNA right from the studio,” Tom Dunn, Panasonic director-marketing and new business development, tells WardsAuto during a recent preview of the car at the supplier’s Farmington Hills, MI, development lab.

“They’ve never let anybody produce these outside the studio before,” he says. “It was a very strong sense of their (Abbey Road’s) commitment to this project, to let our team utilize this and really optimize the sound of the vehicle utilizing the actual EQs.”

The system assigns an amplifier channel to each speaker, allowing sound to be better balanced throughout the cabin. In the Mini Clubman, Panasonic found the sound quality lacking in the rear seat, so mid-range speakers have been added for extra punch. There is no separate subwoofer.

Thousands of musicians have recorded at Abbey Road, from Adele and Adam Ant to XTC and the Zombies. Pink Floyd recorded its monumental “Dark Side of the Moon” album there.

Hit movies also have been scored at Abbey Road, including “Raiders of the Lost Ark,” “Star Wars,” “Braveheart,” “Lord of The Rings,” “Shrek” and “Skyfall,” as well as the “Harry Potter” films.

In developing the concept car, Panasonic chose the Mini Clubman because of the tight packaging constraints.

But the selection also might amount to wishful thinking on the part of the supplier, hoping the iconic British subcompact will become the first production vehicle offering Abbey Road sound.

The supplier says it has no contracts yet for the concept.