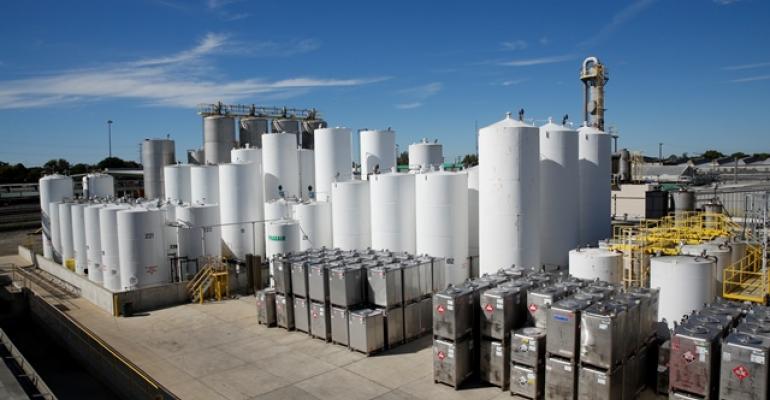 Gage pioneered techniques to remanufacture automotive solvents and help customers fulfill environmental initiatives. The company expects to add up to 15 new jobs at its new innovation center in Ferndale, MI.

“We now own 85% of market share of the purged paint business in automotive – the largest supplier in the U.S. sector,” Finkiewicz says.

Purge solvents are used to flush out paint line automation equipment. The self-contained process ensures all spent material is captured, collected and sent back to Gage for reclamation and repurposing back into virgin quality product, over and over again.

“We save the auto industry millions of dollars while simultaneously improving the environment,” he says.

“We’ve been growing dramatically – an average of 8% a year over the last eight years,” Finkiewicz says. He predicts Gage will post about $70 million in annual sales this year, rising 8% from last year. And $100 million a year is not far in the future, he suggests.

Since 2008, Gage has invested more than $10 million in improved equipment, labs and facility upgrades, Finkiewicz says, adding that Gage’s paint purging process is unique in the industry.

“The new system will give us quicker turnaround on results, enabling expedited feedback to our customers,” says Joe Porco, vice president-sales, marketing and product development.

“The new lab will allow our quality-control techs to better focus on more than 500 tests we run each week.”

The company expects to add up to 15 jobs in the next few years at the innovation center.

Among the new lab equipment is a combination gas chromatograph mass spectrometer, which will be used for testing by Gage scientists. The supplier helps improve paint systems for customers by analyzing paint solvents as they come off the line.

Gage began recycling paint for Ford in 1987 as the automaker strived to develop more environmentally friendly recycled paint processes. That led Gage to develop a closed-loop paint manufacturing process so it could recycle customer paints after plant robots removed waste. Ford is its top OEM customer.

Environmental research remains a critical part of the business. “We are constantly applying new techniques to promote waste reutilization and sustainable business solutions with those companies who consider the environment in their business decisions,” says Porco.

Gage keeps testing in-house, rather than outsourcing as done previously, which adds time and money to the process while hurting market share.

The supplier is expanding globally, serving customers in Europe, the U.K., Mexico and Brazil, and aiming for new business outside automotive.

Gage is a third-generation family business, founded in 1936, now with 128 employees. Raymond Gage Jr., grandson of founder Raymond Gage, took over as CEO in the early 1980s.